Yucatán is a top destination for divers. When many dream destinations rely on one particular highlight, maybe a certain aquatic species or a special wreck the Yucatán peninsula, however, offers a sheer abundance of great dives and snorkeling experiences that could not be more diverse. With a plenty of diving on offer, it might be sometimes difficult to map out a travel itinerary and not to miss a thing. Well, you don't have to worry anymore because Yucatán Dive Trek has come up with a solution.
4. 12. 2015 Comments: 0

Tour operator Yucatán Dive Trek offers tailor-made tours, and the programs they put together take into consideration the preferences of the guests and their budget. Nothing special about that but what is agreeable is their liaison with others; services the company does not operate themselves will be run in cooperation with partner companies who may not be the cheapest, but who - according to Yucatán Dive Trek - are the best. For example an itinerary can start in Cancún at the north of the Yucatán peninsula, where you can snorkle off the coast to see whale sharks in summer and sailfish in winter. Proceeding south, the next stop is the Mayan Riviera and its famous Cenotes. The cavern and cave systems, part of the world’s longest underwater river systems, guarantee fascinating plays of light, haloclines, and hydrosulfate layers. Gran Cenote, Angelita, Ponderosa: Whoever has already done some research on this will be keen to dive there. Especially before the first dive, but also prior to all subsequent ones, a detailed and thorough briefing is standard – at least with Yucatán Dive Trek. Diving in overhead environments is not without danger and requires a solid preparation. Yucatán Dive Trek offes cavern and cave dives for both recreational and technical divers and provides all gas mixes and equipment needed as well as competent and qualified guides. 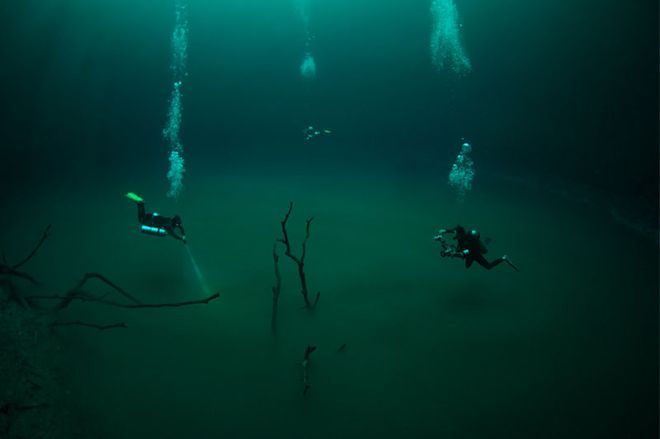 The legendary cenotes were considered to be the gateway to the underworld; © Yucatán Dive Trek/Christoph Hoppe 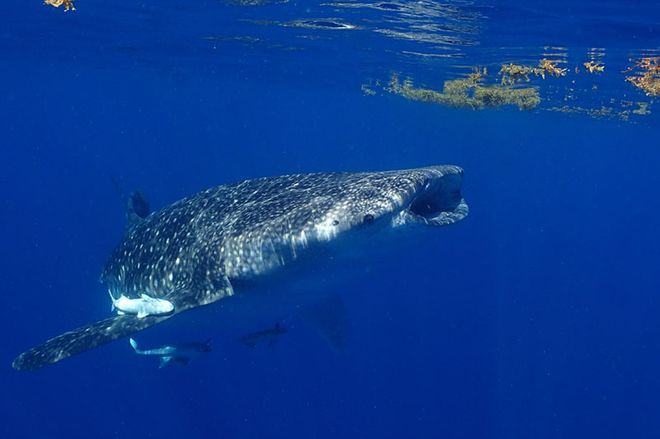 The harmless giants of the ocean can be up to 12 tons; © Yucatán Dive Trek/Judith Hoppe

Before reaching Xcalak, at the southern end of Yucatán, one could take a side trip to the spectactular Mayan site of Calakmul, seldom visited by tourists, or to one of the small colonial villages such as Valladolid to enjoy their colourful Mexican heritage. 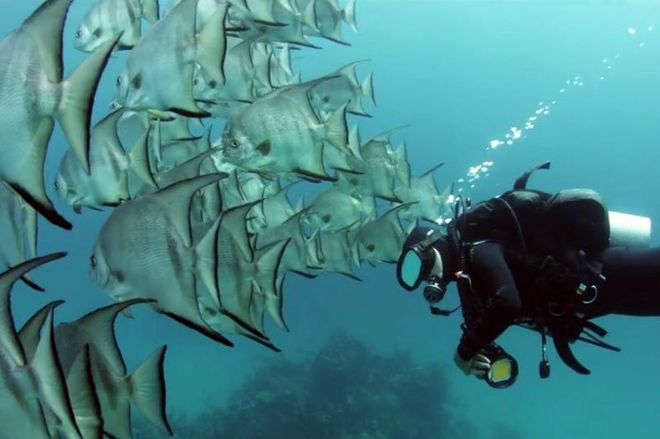 Xcalak is home to Yucatán Dive Trek, a well-equipped dive center run by the owner Javier Salas. The dive centre is located in the midst of the Xcalak Reef National Marine Park, home to the Great Maya Reef, the second largest reef in the world. Again, recreational and technical divers are well taken care of and training is also available on request. 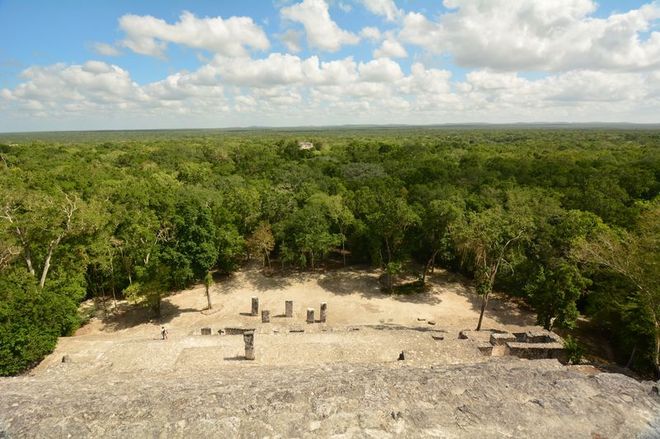 The Maya site of Calakmul extends over an area of 30 square kilometers; © Yucatán Dive Trek/Judith Hoppe 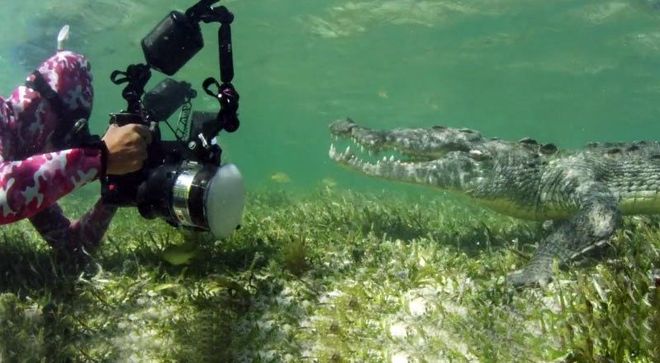 In the marine sanctuary, you can dive with gigantic tarpon along mostly intact reefs, and with some luck and help of Yucatán Dive Treks' guides, you may even find some manatees. One of the highlights in the region is an excursion to the atoll of Banco Chinchorro, a false atoll and offshore reef, with its small islands bordered with mangroves. During the summer months, Yucatán Dive Trek offers spectacular and unique crocodile encounters, where safety aspects have the highest priority so you don't have to worry about being devoured. But even if you are not keen to meet the reptiles at eye level, there are still beautiful dive spots with wrecks, reef landscapes covered with soft corals, and fish typical for the Caribbean to be found.