With ten stops over the year, this year has been one of the longest PKRA seasons to date and the level of riding by the women this year was unprecedented. New riders such as women’s Rookie-Of-The Year winner, Annelous Lammerts (NL), provided the additional pressure that pushed the women‘s riding to new heights. In the end, iIt was Karolina Winkowska, who became world champion for the second time in her career. Amid huge suspense and unprecedented circumstances that led to the super final re-run in Hainan, China (she shared first place at the last stop in Pingtan with her arch-enemy Gisela Pulido of Spain) the pressure on her was high. Read more about Karolina's emotional victory.
6. 11. 2014 Comments: 0

She has earned the title with her share of victories over the course of the year, the most unique likely being the shared first place from the last stop in Pingtan. “It’s a world tour,” she states. “It’s not one event, it’s not one trick that counts, it’s a whole year. We’ve been working and traveling from Panama in February until now China. It was a whole year of competition and I showed my best at each location and that’s why won and it feels really amazing.”

Winkowska and Pulido have been each other’s primary opponent the whole year, meeting in the finals at almost every event, sharing first place in the last stop in Pingtan. The PKRA Race Committee decided in agreement with both athletes to re-run the super final at the event in Hainan. As both athletes were ready to enter the water and decide the result in a heat, a last minute ruling by the International Kiteboarding Association (IKA) brought things to an end. 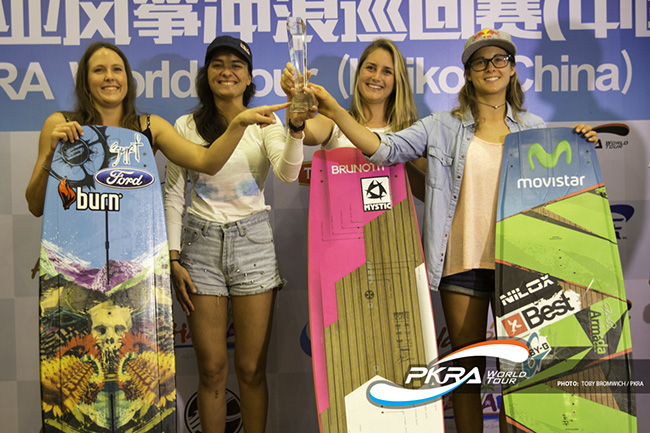 “I’m really happy” pronounced Winkowska, “but I’m super emotional as it has been a stressful week and it hasn’t really sunk in yet. In the end, the IKA decided and I think that it was a fair decision.” 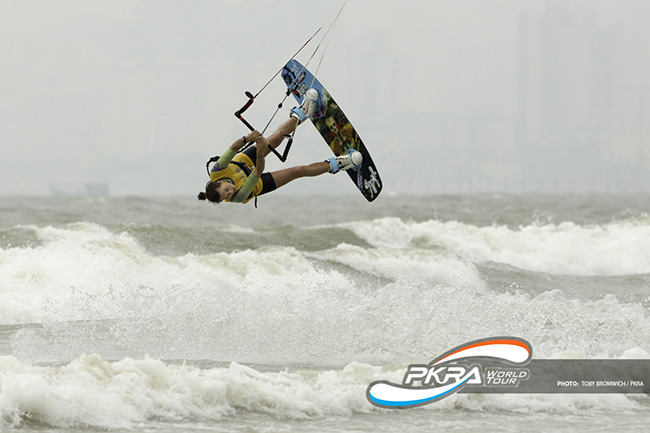 Pulido’s response to the decision contrasted that of her opponent stating “this morning when told, I was not happy. I went out to ride anyways and had a really good session. In the end, I ride for myself and it’s just a world title. I’m super-young, only 20 years old, and there’s more years to come.”