The Finsteraarhorn is the ninth highest and third most prominent peak in the Alps. Since 2001 the whole massif and surrounding glaciers are part of the Jungfrau-Aletsch World Heritage Site. The highest mountain in the Bernese Alps offers a unique sceneries and a great climbing area.
9. 6. 2015 Comments: 0 Photos: 19

Finsteraarhorn´s sharp ridge dominates the whole area. Climb to the top starts at the Finsteraarhorhütte chalet at an altitude of 3,048 meters above sea level. Accommodation in well furnished rooms for 10 people costs around 30 CHF per night. There are several access roads to the cottage, the easiest is through Aletschgletcher, around Konkordiahütte and over the saddle Grünhornlücke. The only drawback is the final crossing of the less clear area of Fieschergletcher, where the cracks are often covered in snow even in late summer. From glaciers to the chalet, you will have to overcome a rocky hillock, but well secured one with iron chains.

The route to the top of Finsteraarhorn starts just behind the chalet and is marked by a combination of blue and red markers. About one hour climb up the rocky path leads you to the beginning of the iceberg, after which you continue further according to the tracks. The journey continues to the left of the rocky ridge, which you pass across again. You return to the glacier, where you have to bypass several large cracks and continue up the steep slope. By an endless two hour climb you reach the saddle Hugisattel (4.088 m), which bears the name of a Swiss geologist Franz Joseph Hugi. He gave up here his ascent to the top in 1829, and you too will soon understand what drove him. The final section is led by a sharp ridge, where the eastern wall falls to several hundred meters depth, while on its other side, in the event of a fall, you also do not have anything to look forward to. The path from Hugisattel to the top should not take you more than one hour, like the subsequent descent. During the descent, it is better to belay some sections, especially those covered with more snow. The top of Finsteraarhorn offers really unique sights and if the weather is fine, you can watch the tops of Matterhorn or Mont Blanc from here. To the North the horizon is dominated by Jungfrau, Mönch and Aletschhorn. Directly below you look at the top of Gross Grünhorn at an altitude of 4,044 meters. Descend along the same route as you came.

An important factor for the successful ascent is the weather forecast as there are very quick changes here. The rocky peak may in short time turn into a very dangerous place. Your outfit should not miss at least a 20 m rope, two ice screws, a few loops with an ice axe and crampons. Note some eight hours for the whole track. It is recommended to leave early in the morning, when the slopes are frozen sufficiently. Even if you do not start from Finsteraarhorhütte, it is better to report here after all and tell them the expected time of your return. 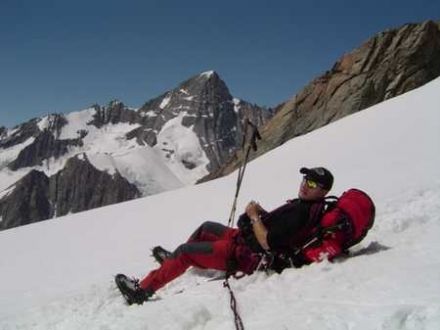 The Bozeman Ice Festival (BIF) which has been held in the U.S. state of Montana since 1996 has now grown into the biggest and best ice climbing festival in the country. Dedicated to promoting and protecting the world-class ice and mixed climbing in Hyalite Canyon, home to the longest season of… 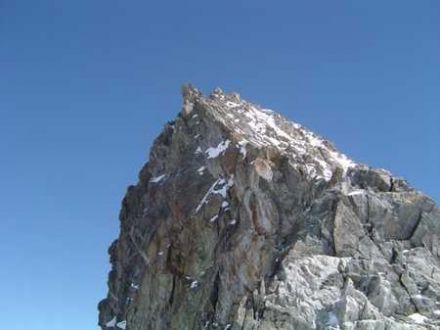 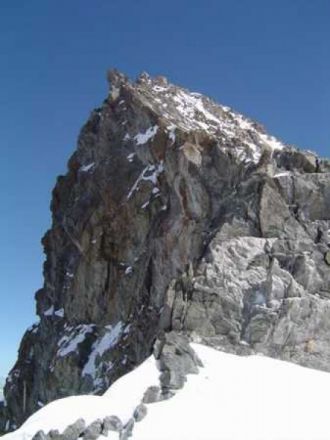 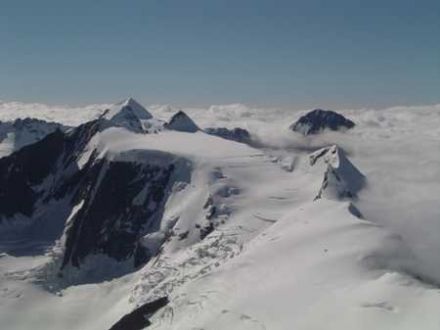 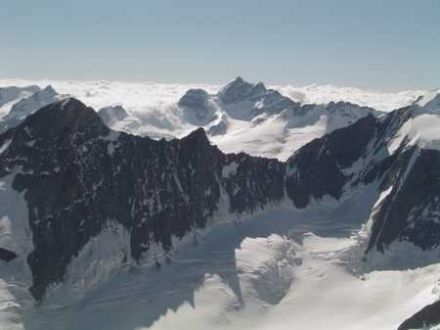 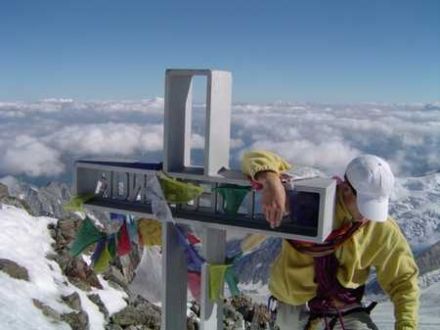