After two nights of intense competition in Switzerland, the FIM World Championship series could not be any closer with a back-and-forwards battle for the overall series leadership between Maikel Melero and David Rinaldo. After 7 rounds of the Night of the Jumps events in 2015, it is abundantly clear that there is a two horse race between the 2013 World Champion, Rinaldo and the 2014 World Champion, Melero. And it is also clear that the riders battling at the top are willing to put everything on the line to gain valuable series points for the overall championship.
15. 4. 2015 Comments: 0

The beginning of the second night started with some impressive riding from the Italian rider, Leo Fini, however on the last jump of his run, Leo encountered problems when he could only find first gear while accelerating towards the 21-meter-high ramp, but he didn’t have the speed to complete the jump and crashed heavily into the back-side of the landing ramp. Leo showed true strength by standing on his feet under his own will and walking off, impressing the crowd inside the St Jakobshalle. Leo appears to be relatively uninjured with only pain in his wrist, a very small price for what could have been a dangerous crash. 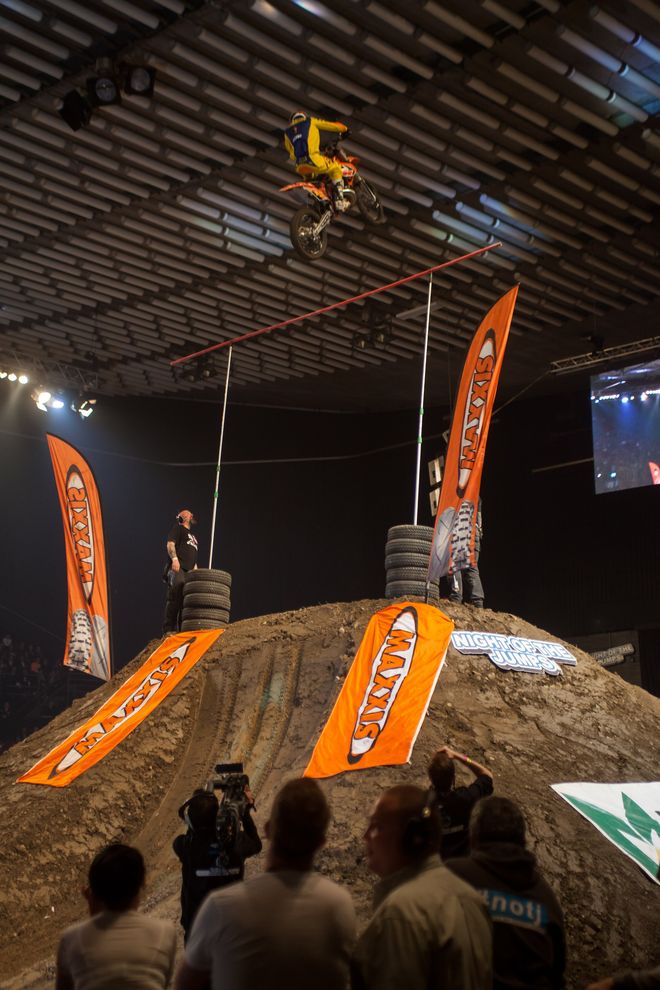 The final was always going to be tight, and the battle for 3rd place was going to be just as tight as the battle for the lead. The Czech rider, Libor Podmol has had a very up and down season, with a bad run of crashes, two from the Volt body varial and one last night on the Surfer Take-off to Tsunami Flip, however the following night he would complete this technical trick which he invented last year and was then able to nail every trick in his arsenal and return to the podium with a series of up-right and backflip combo’s and landing the Volt, the second time from 4 attempts. A ratio that Libor will surely wish to increase in the coming events. 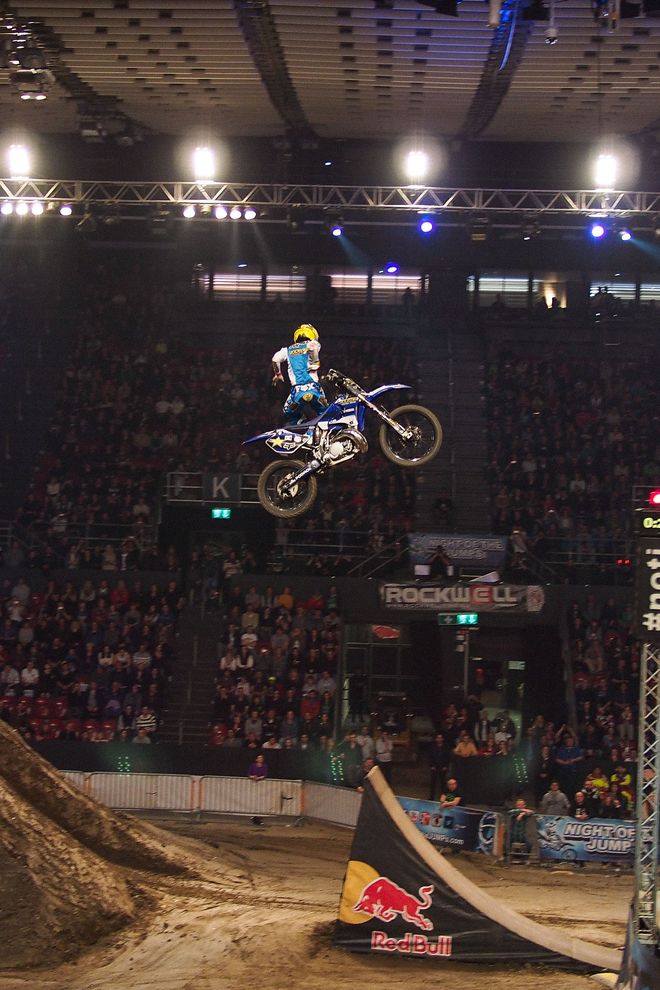 The real battle however was for first place, and after taking the win on the first night in Basel, David Rinaldo couldn’t replicate the same winning prowess on the second night. David’s run was almost flawless, with an unbelievable repertoire of big tricks including the two body varials, Volt and California Roll in the opening 110 seconds, coupled with the new progressive trick David created which is a combination of a Mase-Twist one handed reaching back to a late Hart Attack. After stomping a hair-raising run, Rinaldo finished with a huge Double Hart Attack Flip and the competition in Basel appeared to be David’s victory for his taking. 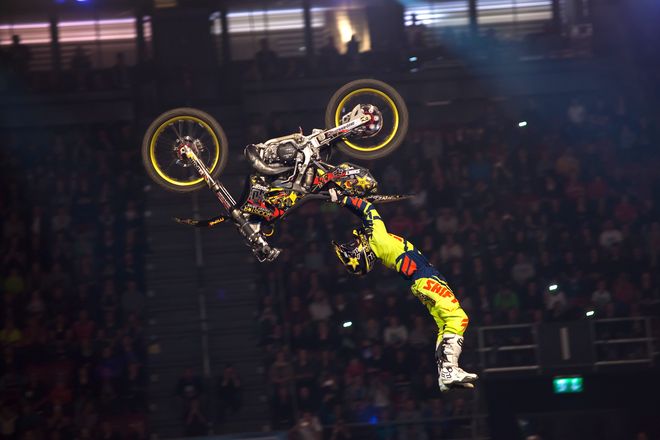 There was only one man remaining who could rain on Rinaldo’s parade, none other than the reigning 2014 World Champion, Maikel Melero who has been on fire recently. With all the pressure on Maikel, he started his run with his biggest trick, the Side-Saddle Take-off California Roll which triggered an electric run of big backflip combinations, every ‘take-off’ combination he possesses, and Double Grab backflip. But the moment that would clinch his victory would come on the very last jump of the night, when Maikel landed the Nac-Nac 540 Flair off the Quarter Pipe. Maikel was able to gain the points he needed to upset David Rinaldo with extra course use, utilising the quarter pipe, and increasing his Trick Variety with the 540 rotation in his run. 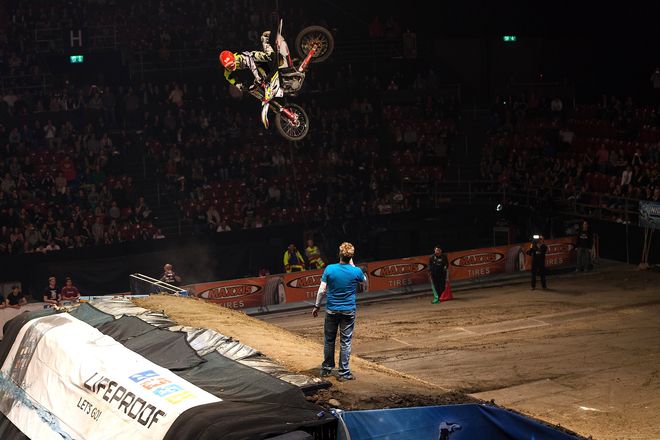 The World Championship tour will continue on May 23rd in the bullfighting ring in Jerez, Spain which can help the home-nation rider and current series leader, Maikel Melero. But he won’t be able to rest on his laurels as all the riders have a 6 week break until the next World Championship competition for crucial training. In the meantime, the Freestyle MX action will continue with Night of the Jumps returning for the fifth European Championship round in Munich’s Olympiahalle on April 25th. In the meantime, check Basel's best moments.