Yesterday, we gave you a little taste of what the new Night of the Jumps season will bring. And here it is, the first round kicks off in Bulgaria on January 10th, 2015. Eleven freestyle motocross aces from four different continents will fight for vital points towards their world ranking in Sofia’s Arena Armeec. Not just one but three world champions will be in the line-up to mark the beginning of the season – Maikel Melero, David Rinaldo and Javier Villegas. And especially for the top FMX rider from South America, Villegas, it'll be a thrilling start of the 2015 season as this will be his first Night of the Jumps contest since 2012. Spectators in Sofia’s Arena Armeec can look forward to a spectacular season opener with old and new riders performing many new tricks that have never been seen before in Bulgaria.
9. 1. 2015 Comments: 0

All eyes will watch if Maikel Melero, the 2014 world champion will reign supreme and keep up a pace with Frenchman David Rinaldo who defeated Melero in the last race of the season,  dominating the field with tricks like a Double Grab flip and a California Roll. It will be interesting to see if Melero can leave Rinaldo behind in Sofia. 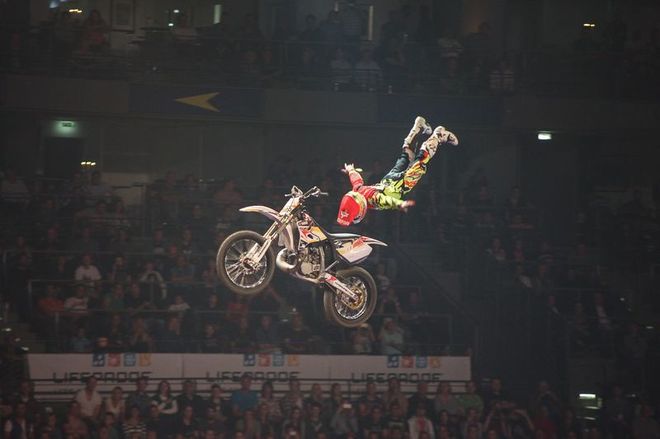 Maikel Melero and his no hand superman

A big question mark hangs over Javier Villegas. Can the 2011 world champion regain his old form or will the young guns leave him for dust as far as tricks go? 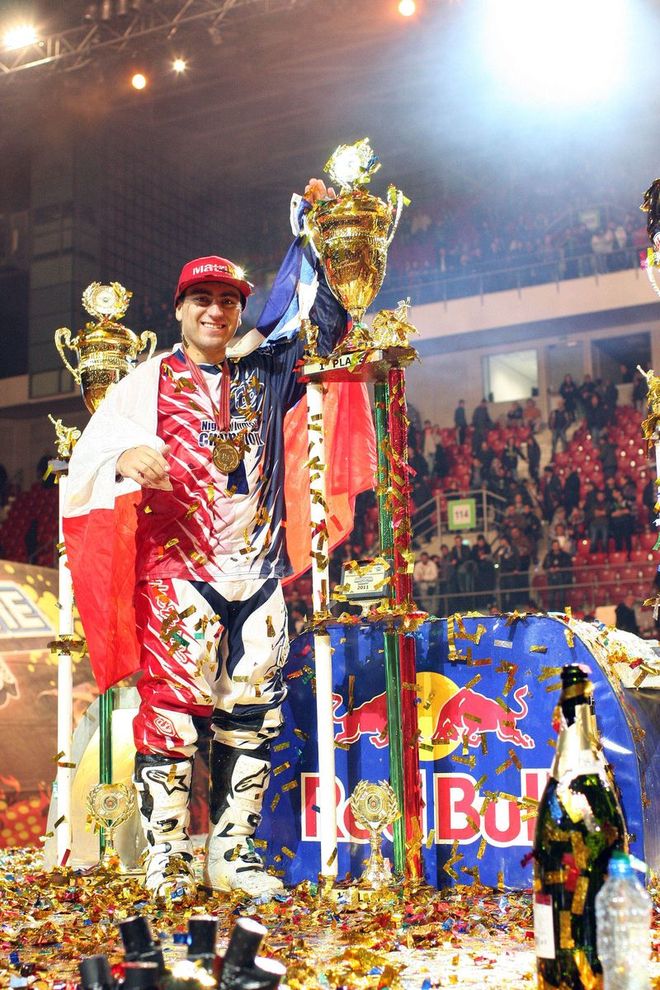 For the first time in Night of the Jumps' history, not a single German rider will be among the competitors. Still, another good old American boy is in the line-up for the first time in ages to make up for that. James Carter, winner of the X-pilots tour in Mexico aims to finally show a European audience his repertoire of amazing jumps that he hopes will see him finish on the podium. 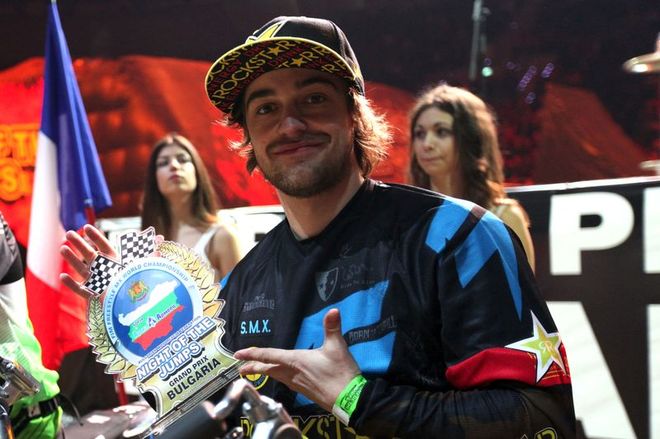 A new face, Russian rider Nick Ivankov is also in the line-up. Although, he has had several outings in the Night of the Jumps he has never progressed beyond the preliminary rounds. Some photos of the Russian’s latest tricks have been seen on the internet recently, so let’s see if he can now make it through to the finals.