For the first time in Freestyle Motocross history, the riders will be performing their tricks on a unique track - set up on a picturesque lake in the middle of rolling grass-covered hills at the 2014 Red Bull X-Fighters World Tour in Munich this Saturday. The word is that the riders were a bit nervous about performing their gravity-defying tricks on the first-ever floating track in Munich built on a lake. But who wouldn't? One little mistake and they will crash into the lake. And what's better, the event is going to be broadcasted LIVE.
17. 7. 2014 Comments: 0

After a game-changing contest in Madrid on June 27 – which saw Frenchman Thomas Pagès launch back into overall contention with the first-ever Bike Flip in freestyle motocross competition – no contender can settle for treading water at the Red Bull X-Fighters stop in Munich. With every rider pushing the limits, there’s still no clear favorite in the fight for the series podium; those who don’t go all out on history’s first floating FMX track will be destined to sink in the standings. 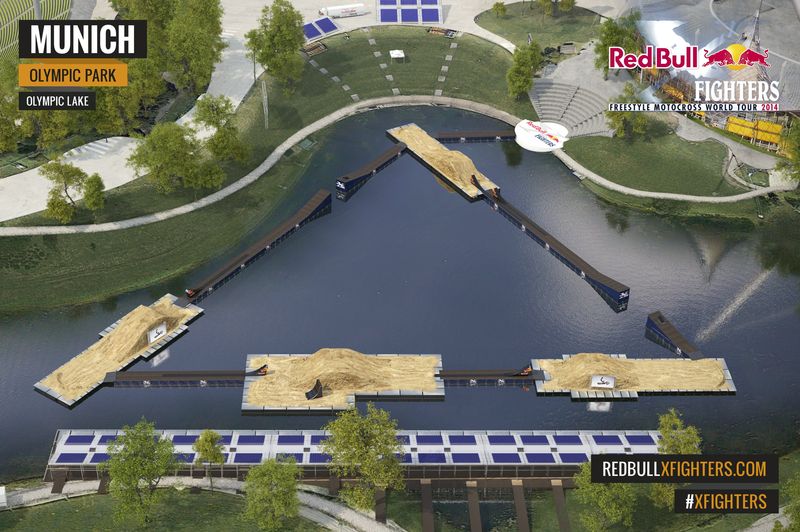 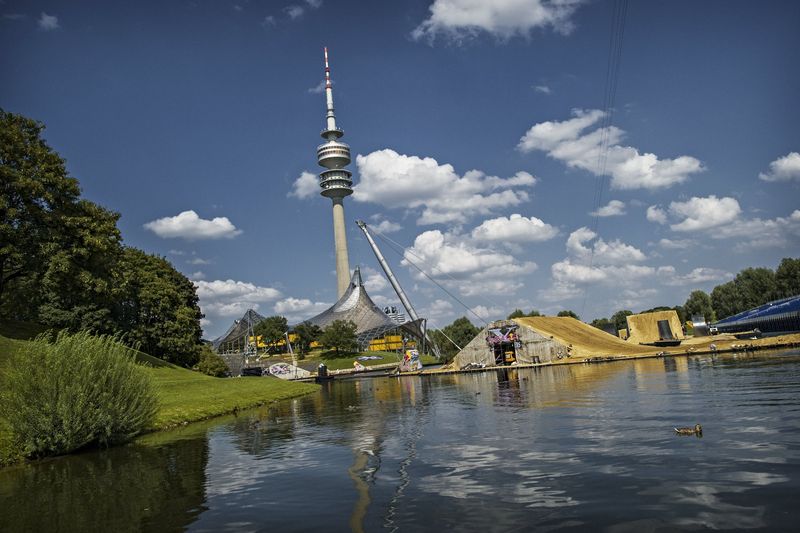 July 19 will mark the second time that the world’s most prestigious freestyle motocross event series has come to Munich, but a track like this has never been seen in the Bavarian capital – or anywhere. For the first time in the annals of FMX, the entire track will float on a body of water: the dazzling lake in famed Olympic Park.

Each rider will have to dive in and challenge the superkicker, two quarterpipes, four regular ramps, and two gap jumps on the ingenious structure that weighs as much as 12 Boeing 747s. Covering the length of 450 meters, it’s also the first linear Red Bull X-Fighters layout, demanding outstanding rhythm, stamina and focus. 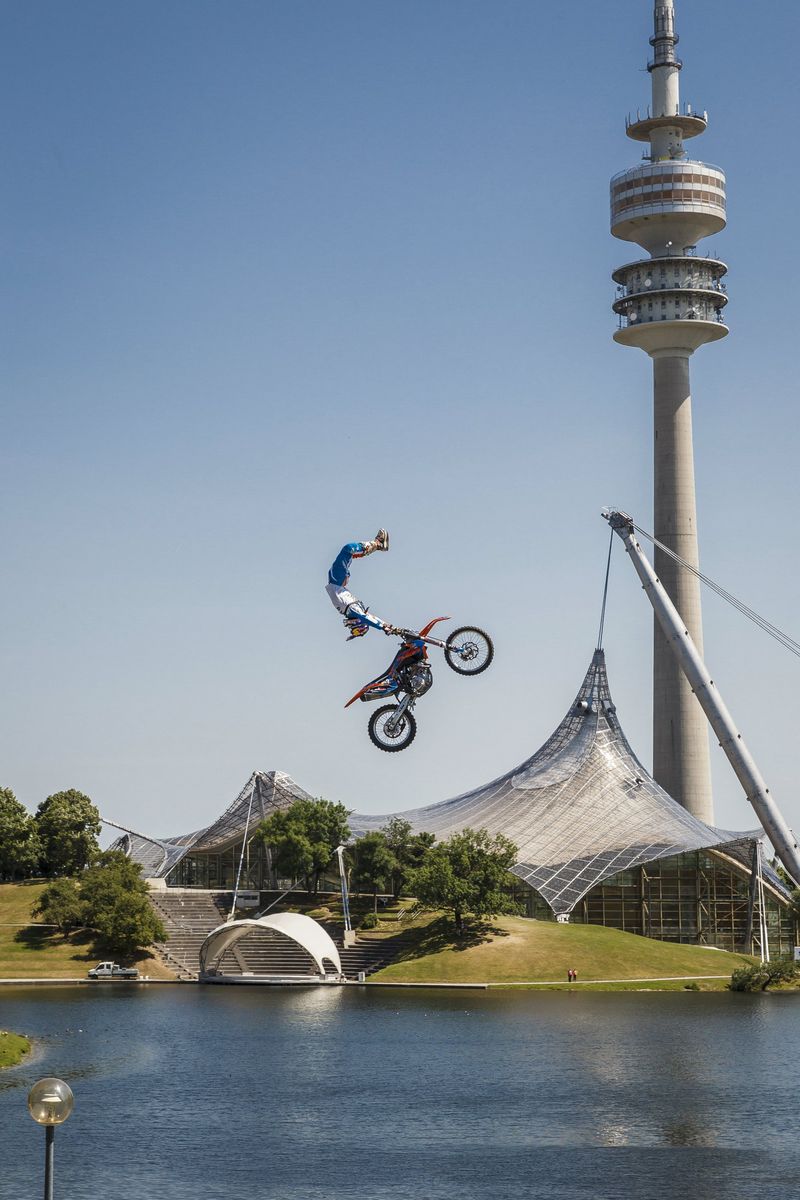 Until Pagès delivered his revolutionary run in Madrid, this season belonged to New Zealand’s Levi Sherwood, whose stellar performances in Mexico City and Osaka proved he was back to the form that made him the 2012 world champion. But Pagès, who took the title from Sherwood in 2013, came roaring back from a slow start to this year with an inspired first-place performance at the season’s midway point in the Spanish capital. Executing a gravity-defying double backflip, Australia’s Josh Sheehan was right behind, leaving Sherwood in third place at Las Ventas bullring despite near-flawless runs. 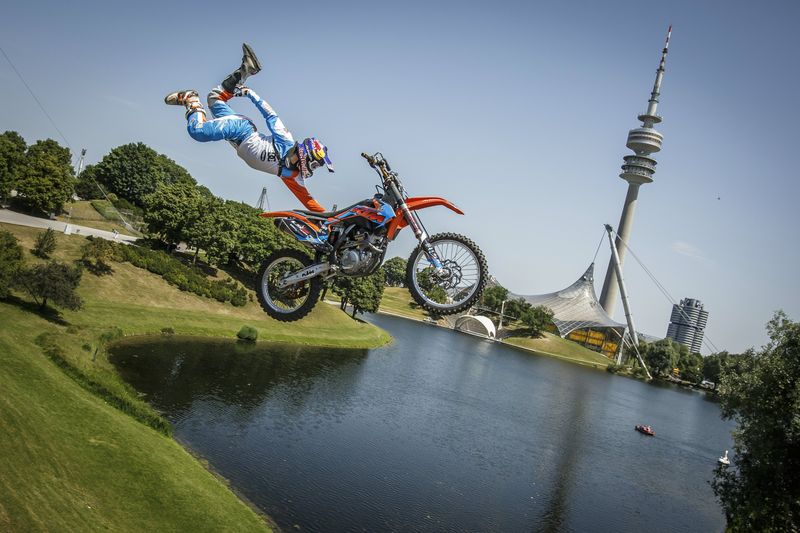 Pagès won in Munich in 2012. Can he use the momentum from Madrid to incorporate his massive tricks into fluid runs once again? The contender who does may ride the wave all the way to the championship as the World Tour moves to its final stop in Pretoria, South Africa this August. Don't miss it.