Outdoortrophy 2013 : one more month to register!

Lingenau (17 June 2013) – Mountain running, paragliding, white water kayaking, mountain biking: The world’s toughest relay race takes place on August 17, 2013 in Lingenau (Vorarlberg/Austria) and will be organized biyearly in the future. Registrations are possible for one more month, until 17 July 2013. Athletes who look for team members can search on www.outdoortrophy.com. The 11th outdoortrophy promises extreme sports at its best: “We will welcome the world elite in outdoor sports. World and European champions as well as Olympic medallists will attend”, says head of competition Chris Alge. “The multiple outdoortrophy champions Gerhard Schmid (kayak), mountain biker Hannes Pallhuber and paraglider Markus Prantl have signed up and want to defend their title.” Amongst many other top athletes, the Kenyan mountain running winner of 2011, Isaac Kosgei, plans to attend again in 2013. Mr. Alge: “I think it is particularly important to also highlight the many amateur teams. Everyone who manages to finish the outdoortrophy did an outstanding job!” 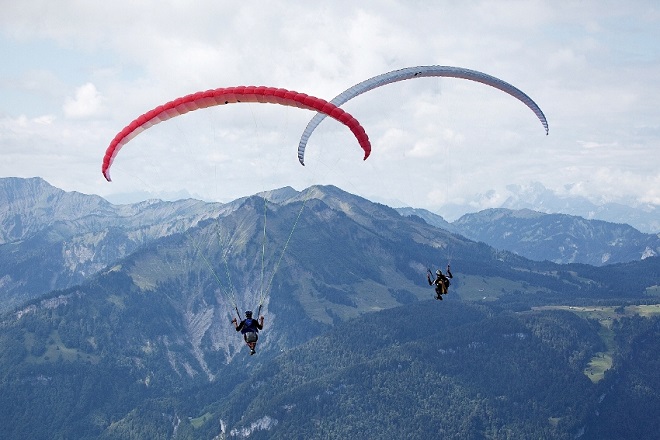 For the first time ever there will be the single category “outdoortrophy solo” for the most versatile and toughest amongst the outdoor athletes. “60 extremely tiring kilometres running, paragliding, kayaking and biking – I don’t know about any comparable challenge. We got requests concerning this in the past. That is why we now offer the professional framework for such a single challenge. We are curious about the world-wide reaction”, explains Alge. Extreme athlete Roland Rupprechter signed up for the “by far toughest race of my life”. Rupprechter: “It is my goal to finish before the time limit set by the organizers and at the same time I want to be faster than many teams.”

The proven race routing will not be changed: The mountain runners start in the village centre of Egg and overcome 12 kilometres with an altitude gain of 1.100 meters on dirt roads and steep serpentines. After reaching the mountain top “Niedere”, the paragliders take off after a short run. They pass a buoy in the air and attempt to land accurately in the goal circle at Andelsbuch power plant. The third athlete fights in the whitewater kayak against rapids and overrides a waterfall, before the mountain biker starts the last leg – 30km with an altitude difference of no less than 1’600 meters on single trails, including demanding downhill sections. In 2011, the fastest pro team finished in 3:30 hours, the winner in the amateur category finished in 4:10 hours. 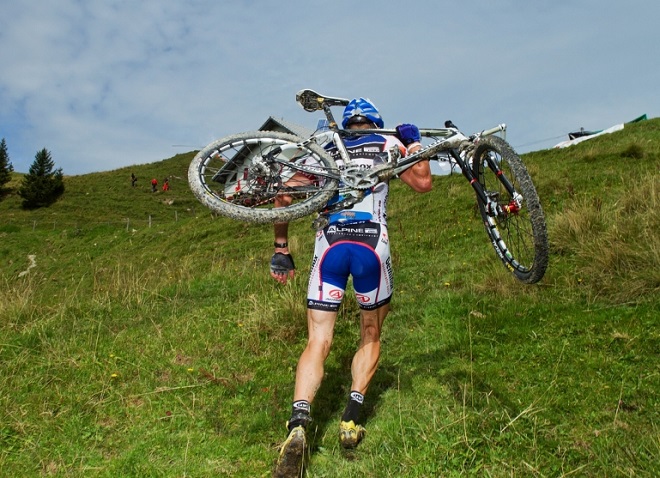 The prize money for professional teams and the “outdoortrophy solo” is 15'000 Euro. On top of that athletes can win valuable material prizes. Like in previous years, there will be a category for company teams. The registration period ends on July 17, 2013. There is a “team search” tool to find team members and athletes on www.outdoortrophy.com.

The outdoortrophy did not only make a name for itself as the toughest relay race on the planet, but also as a unique party. For the 2013 event, the organizers expect numerous star guests to participate. The party will be spectacular: Last year, more than 2000 extreme sports fans celebrated all night long. In 2013, the bands “The Souljackers” and “Neuland” will rock the outdoor area at Bregenzerach river.