Slackline show(!) for its record-breaking atmosphere in the audience. That, in short, is the festival Adrex Trickline Cup in Teplice nad Metují. The accompanying programme finished on Friday, August 25, by the night trickline contest.When the Gibbon…
28. 2. 2018 Comments: 0

Slackline show(!) for its record-breaking atmosphere in the audience. That, in short, is the festival Adrex Trickline Cup in Teplice nad Metují. The accompanying programme finished on Friday, August 25, by the night trickline contest.

When the Gibbon company guys brought the protective mattresses for landing, the contestants started to train on the trickline. In the end, 12 of them entered the qualification round at 6 PM. Sadly, last year’s “medallists” Lukáš Černý and Michal Pírek were missing from the list. However, the community in this country has been growing significantly and even elite athletes can never be sure with their position. The quality of tricks goes up as well, as can be seen in videos from previous years.

Surprisingly, the number of girls participating in the contests has increased, too. In direct duels against boys, they showed astonishing tricks and their positions in the overall results are also very good. The best among girls was German slackliner Jojo Kugler. Next year, there might be a standalone category for women. 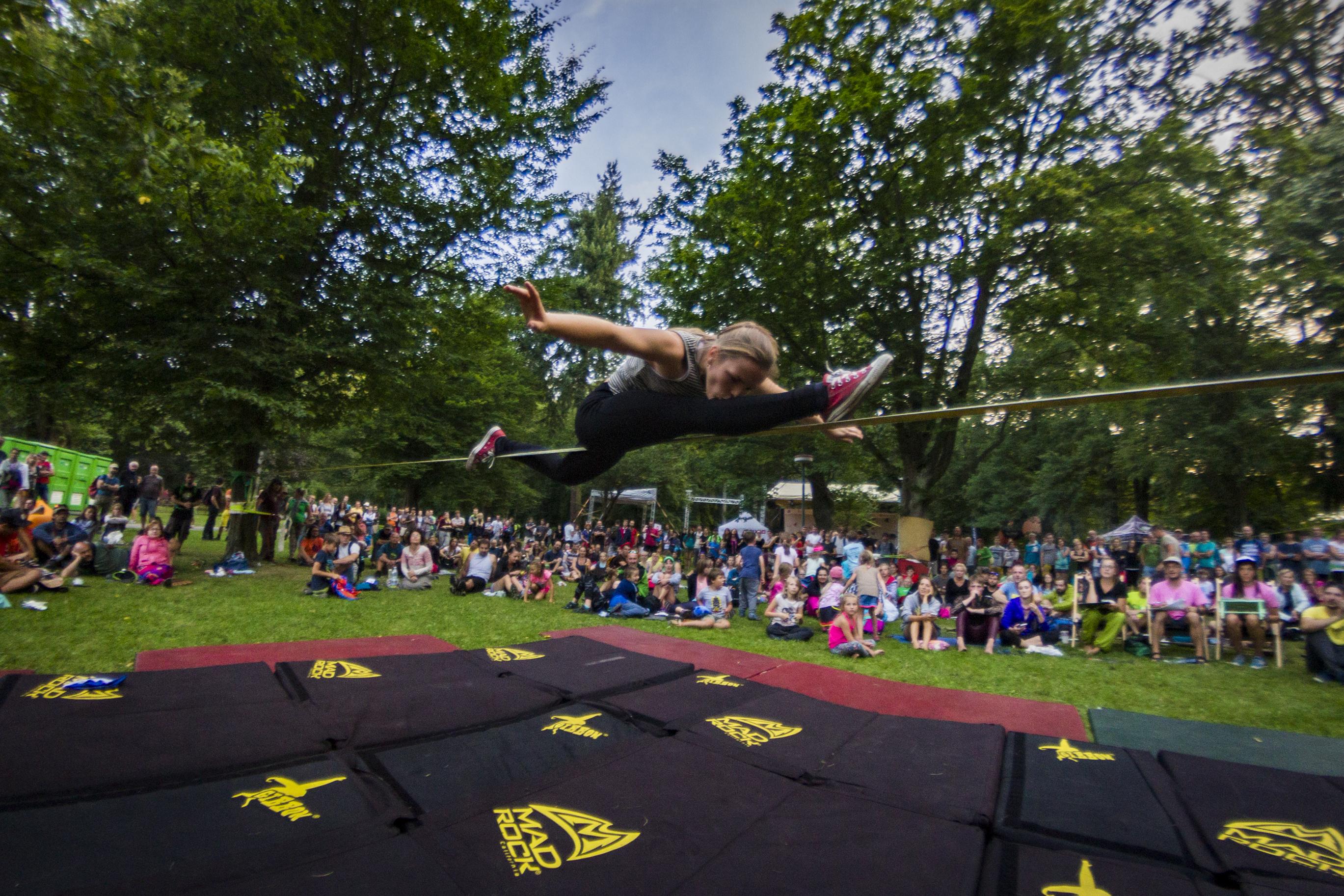 The victory was taken by last year’s winner Štěpán Pecka. The final applause was, apart from those who did slightly less well, also addressed to Petr Dočkal and Jirka Máslo. 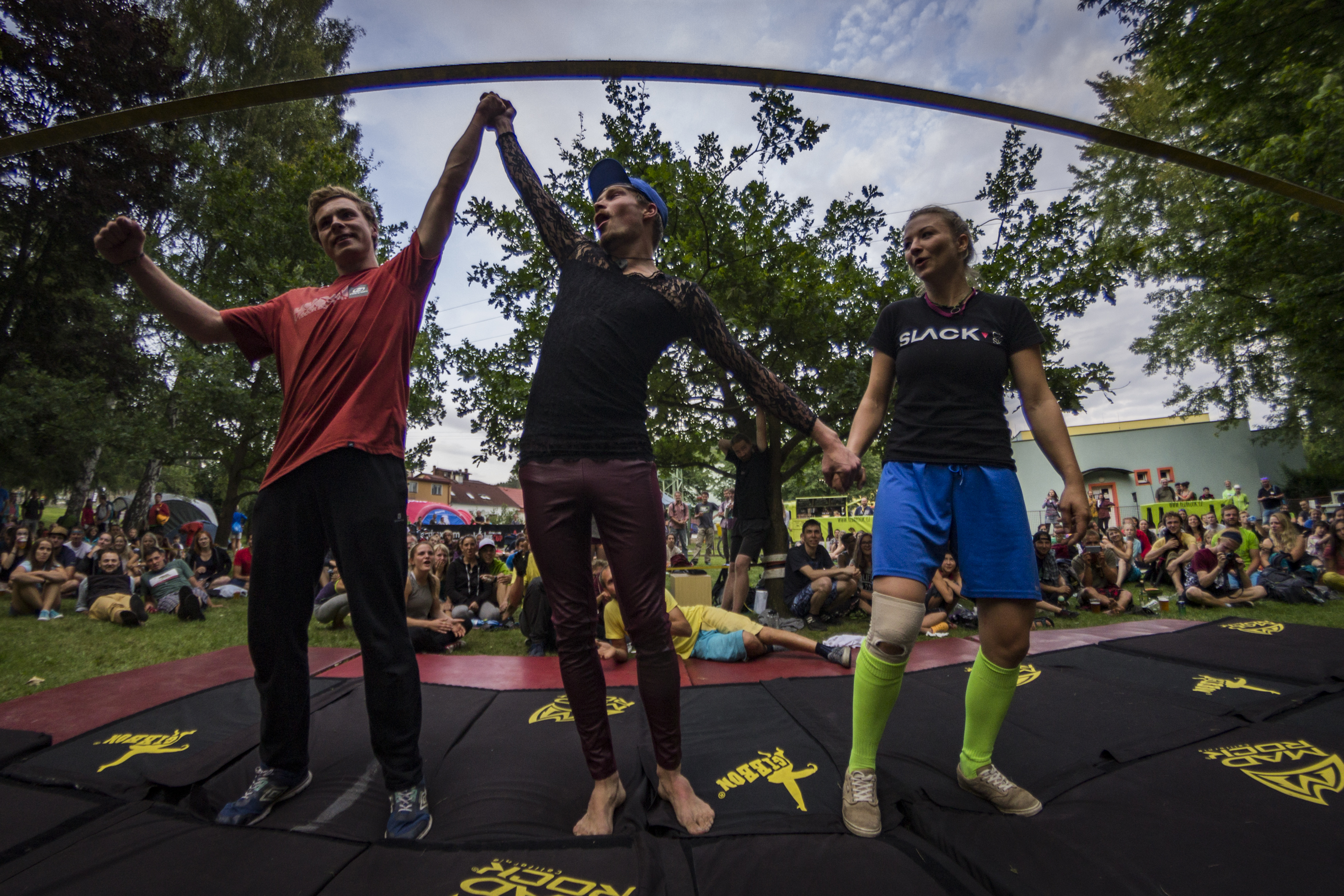 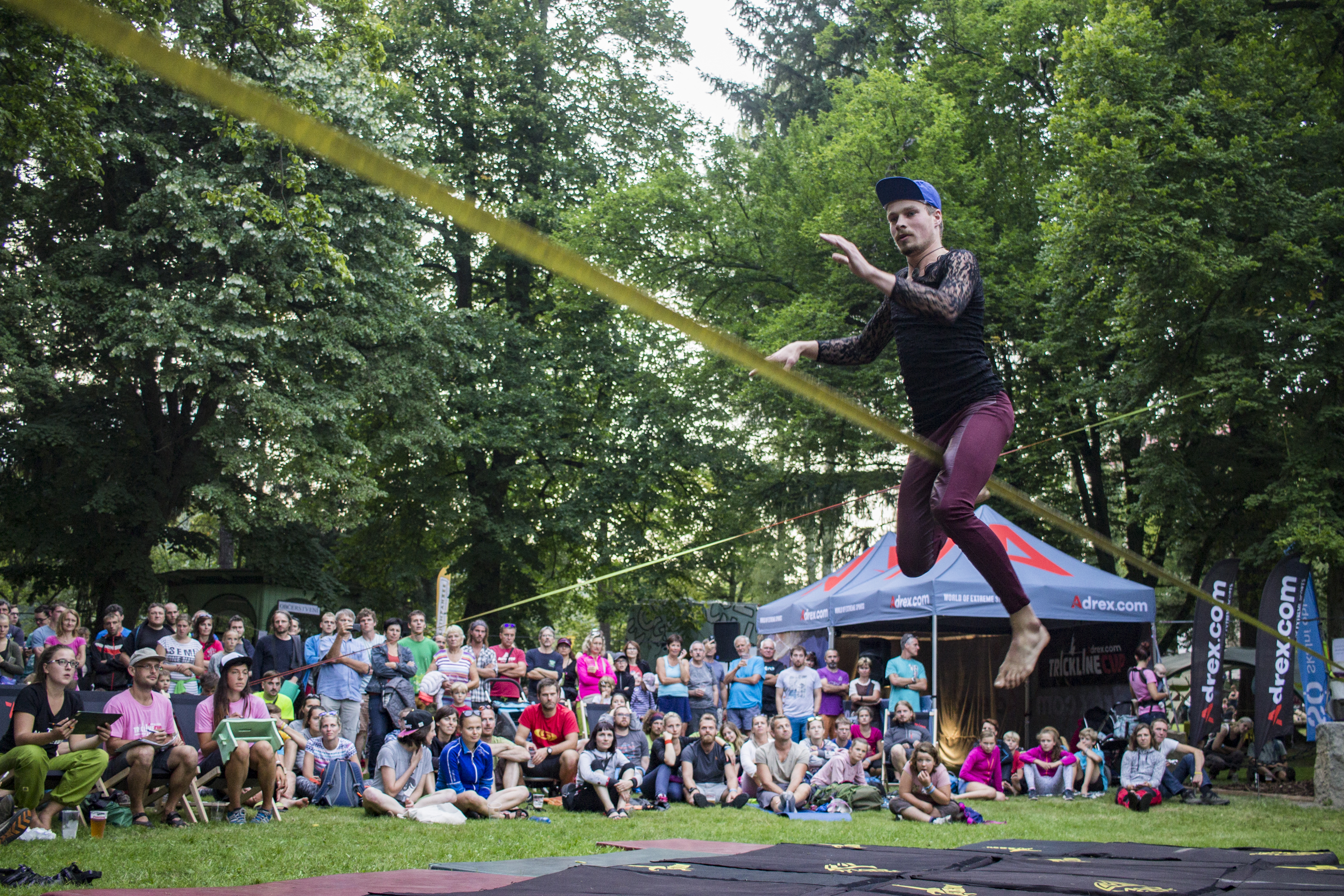