The best pro slackliners from around the globe competed head to head in the Jack Link's International Slackline Invitational at the GoPro Mountain Games in Vail, Colorado beginning of June 2015. The competition brought a large, vocal crowd and the event also saw a new scoring format where every trick was scored and totalled to determine a winner. Two years later, after his debut as a professional slackliner at the GoPro Mountain Games, Tauri Vahesaar came out victorious, beating current World Champion Felix Carreira and Japanese gymnast Kota Hayasaka in an absolutely ridiculous final round.
19. 6. 2015 Comments: 0

Slackline pro athletes descended upon Vail Valley in June for several rounds of intense competition to determine the best of the best and who will take home a piece of the $10,000 prize purse. "The Animal" a nickname the Estonian slacliner Tauri Vahesaar earned for his crazy tricks he's always down to try delivered the goods and rightfully became the winner of the 2-day comp. Master of the Estonian Backflip and the Estonian Revert left the current World Champion Felix Carreira finishing second and Kota Hayasaka rounding off the podium. Can't wait until next year! In the meantime, check Slackline's Invitational official highlight reel that has recently dropped on the internet. 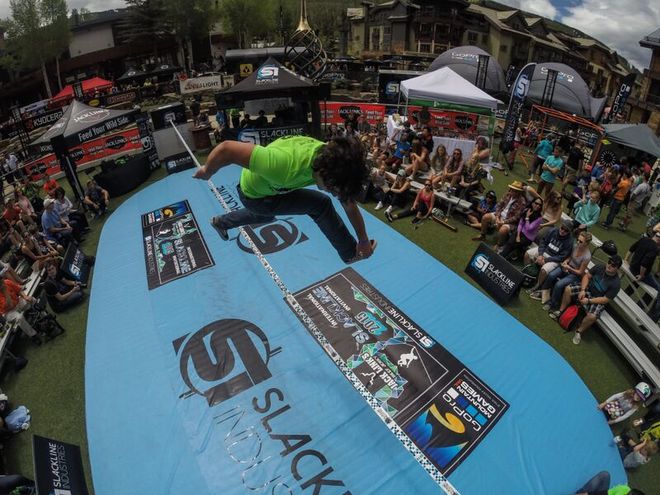 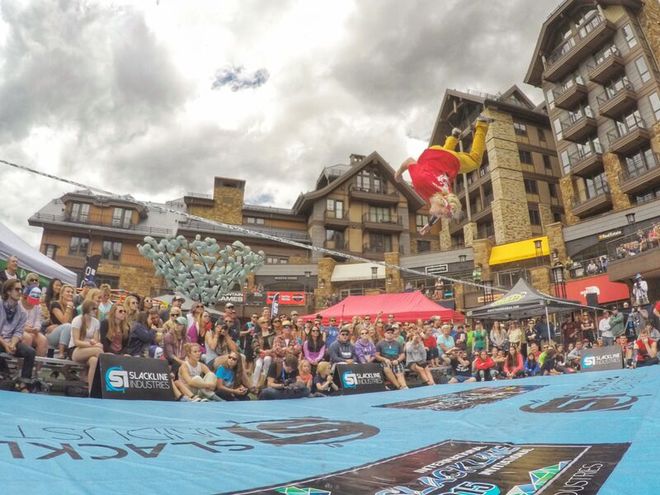