Do not confuse with Hellhole pit cave in West Virginia, which is going to be described here soon. A bit secret spelunking is probably one of the most popular activity near Santa Cruz on Gray Whale Ranch, California, USA, although most cavers try to prevent the location of the caves from becoming widely known.
4. 6. 2013 Comments: 0

Freely accessible, the main cave visited by spelunkers is known as Hell Hole and the main destination inside the Hell Hole is the Hall of Faces, a clay room where people leave sculptures. Getting to the Hall of Faces is not easy task, and requires descending the 90 feet (27 m) vertical called "The Pit". Barricades are periodically placed in the caves to prevent entry, but these are usually removed fairly quickly. Now you know what to do when going South of Frisco as this place is located right on coastal Hwy 1, about 75 miles from SF. You can expect total 2,5 hour to the bottom and back out of the cave. 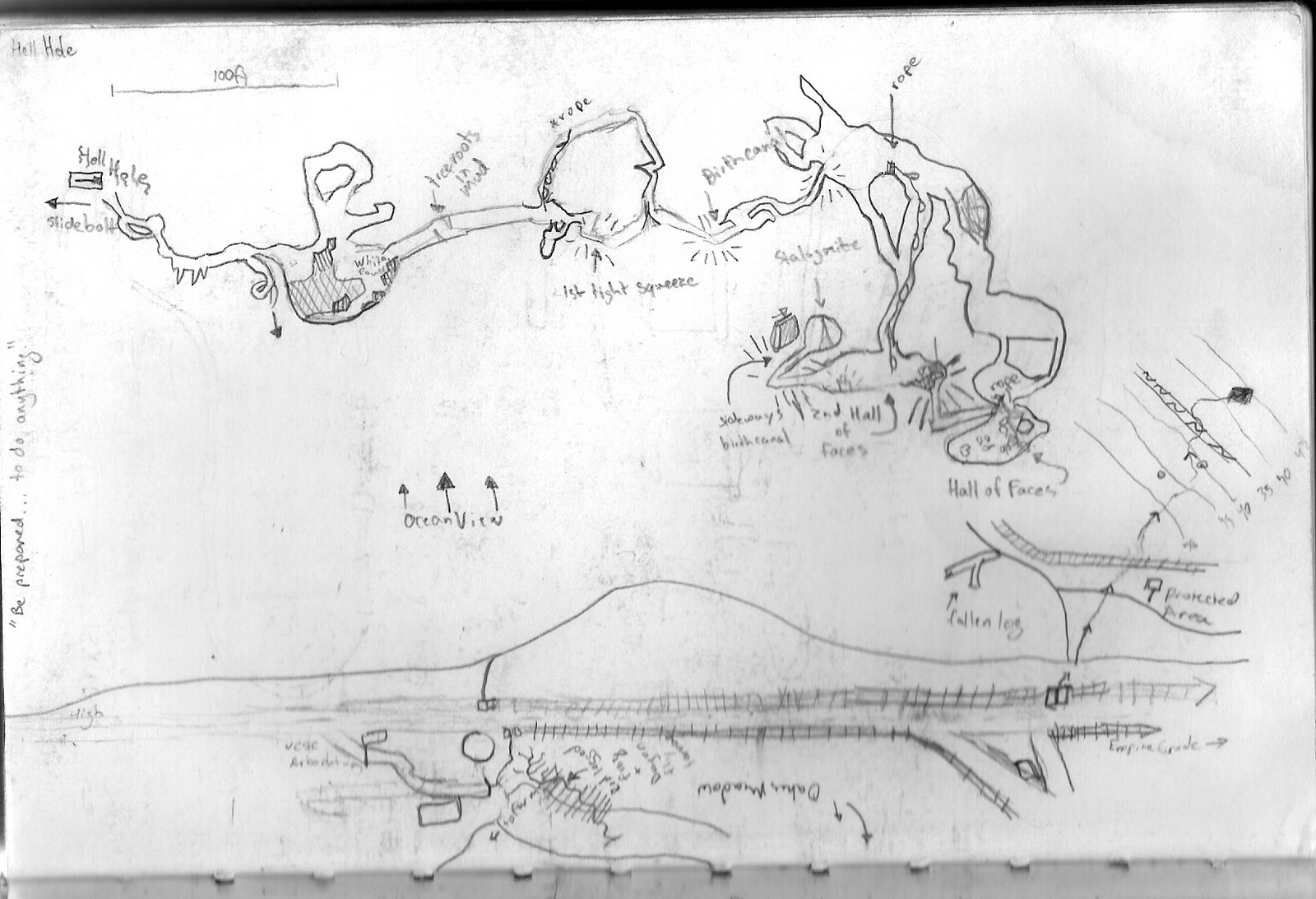 We have found a very good video on Youtube.com, which can help you to find the way to the spot as well as inside of it. Enjoy!