The Most Dangerous Hike in the World - Mt.Huashan

Mt.Huashan in China is considered one of the steepest on the planet, ranking it the most dangerous when it comes to mountain hiking trails. Situated in Huayin City, Mt. Huashan consists of five peaks with breathtaking cliff faces and a tough challenge to mountaineers from which the southern peak has the highest altitude; rising to 2,160 meters (about 7,087 feet), the South Peak is the highest peak among the Five Sacred Mountains of China.
16. 9. 2014 Comments: 0

For many years most people have taken a traditional but efficient walking-ascending and cable-car-descending route for this mountain climbing. Even though the climb does not require any technical climbing skills, the hike contains a few steep ascents with via ferrata and narrow passes so if you want to climb Mt. Huashan, it is best to prepare beforehand. Some of the suggestions other than being in a good shape  might be bringing enough food and water with you as the hike requires time and energy. You can buy food and water all over the mountain but the prices are high. 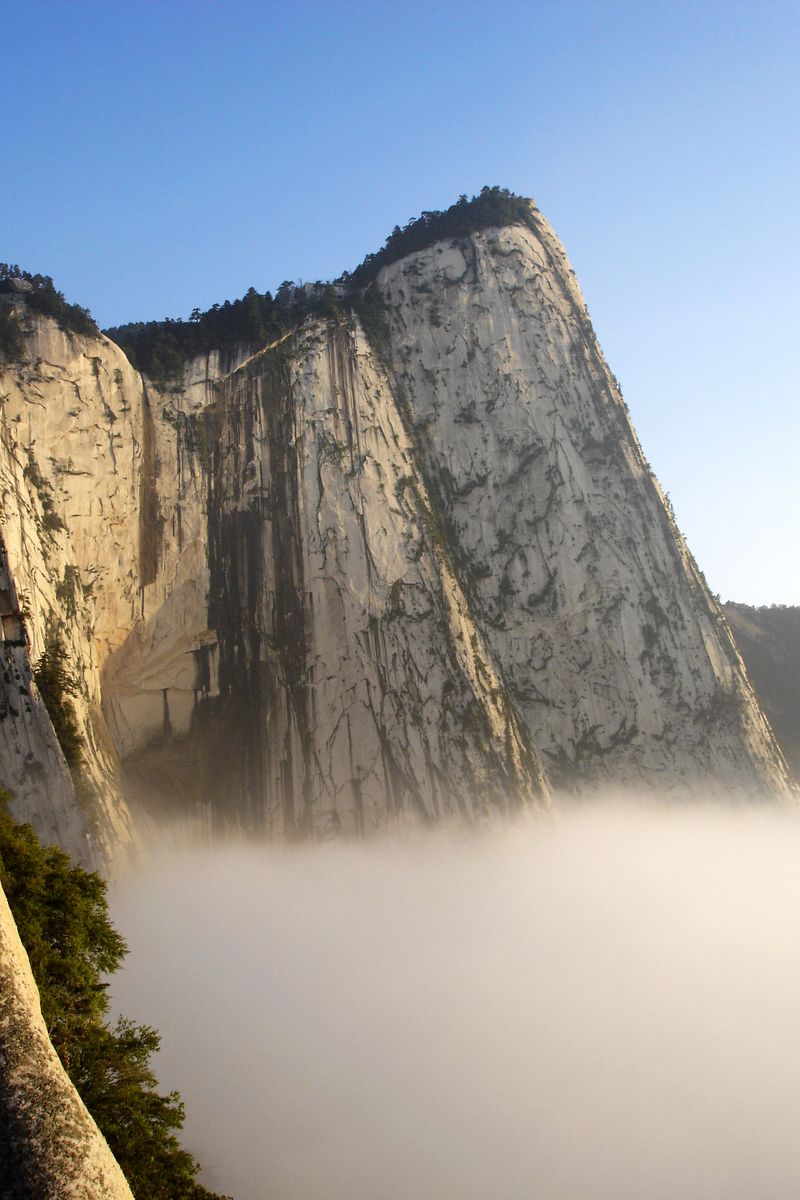 It is also a good idea to bring along pair of gloves to grasp the iron chains. The mountain has many dangerous passes and when there are too many visitors, the accidents are more apt to happen, so be careful and avoid major Chinese holidays, the mountain becomes overcrowded so climbing is not recommended. 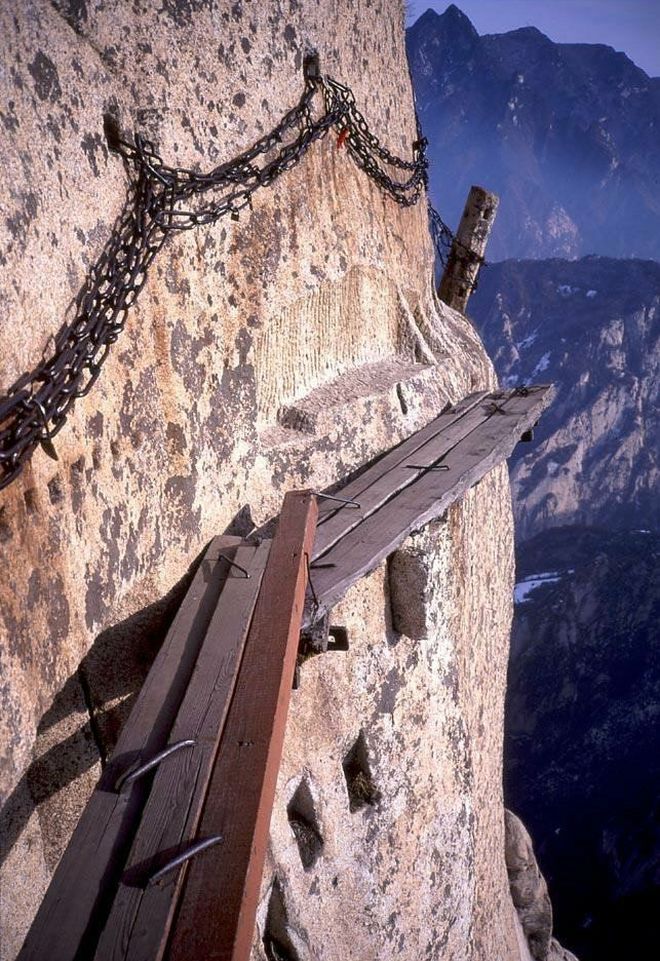 If you choose to hike the mountain it will take anywhere from 4-6 hours depending the chosen path. It is also advisable to hike the mountain at night (really early in the morning) and catch the sunrise, the view is speechless and worth the risk (every year Mt.Huashan takes its death toll). You can also opt to spend the night on the mountain itself, as there are several lodging options available. 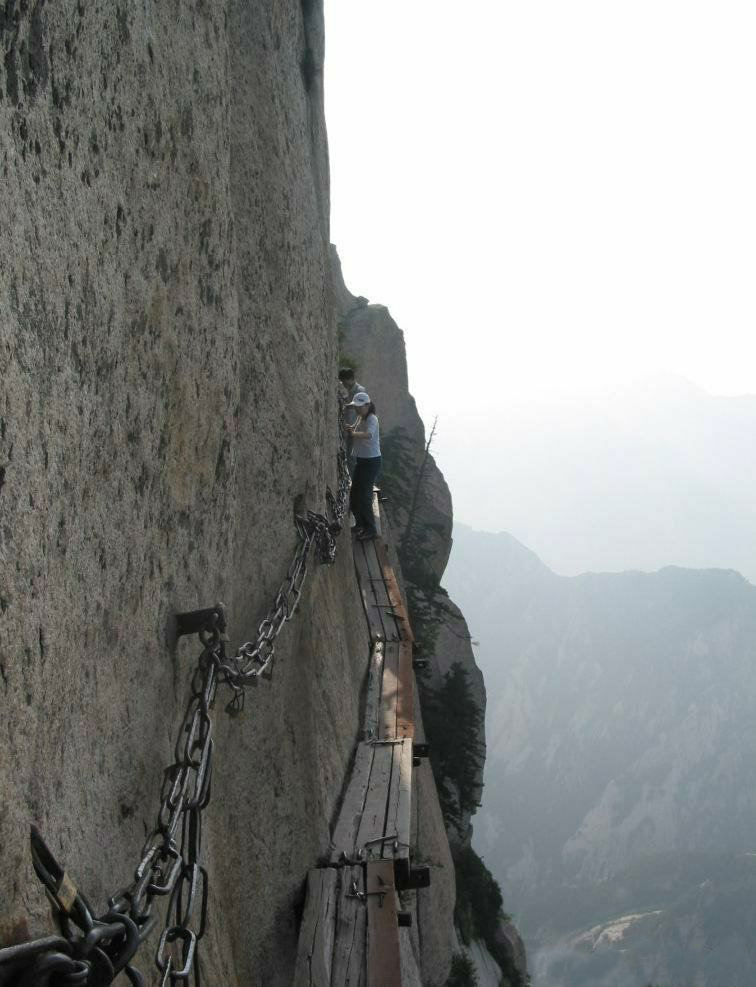 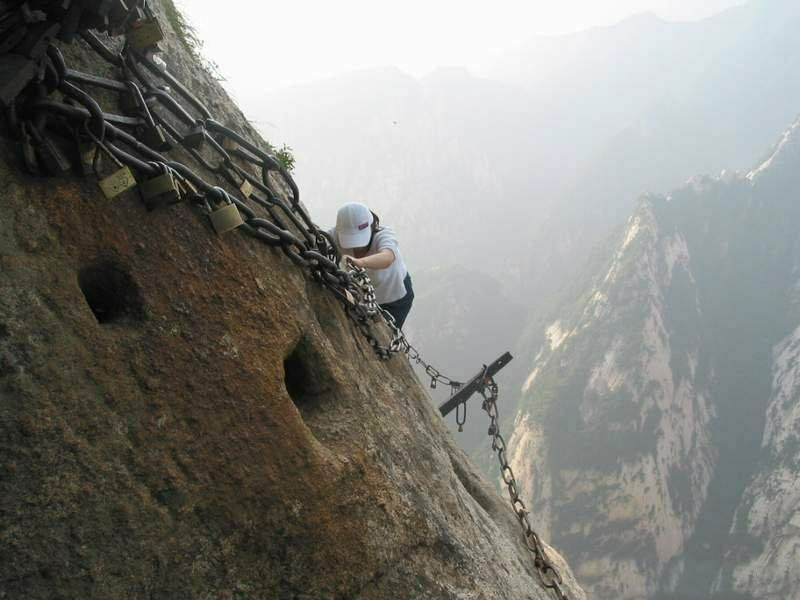 The cable cars down stop operating at 7pm, so be sure to time accordingly if you want to get down that way. You can chose to take one cable car up and the other down (or do a round trip on one), just buy a one way at the bottom and then get a return on the mountain when you are ready to head down. 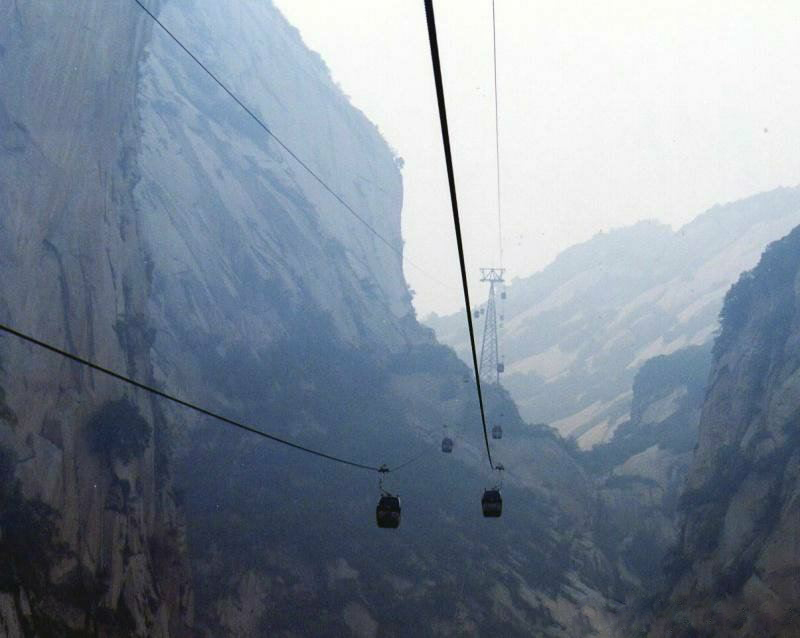 Tickets for everything other than the actual harness itself can be purchased at the Mt. Huashan visitors center for $30 USD. If you do not have a harness, you can rent it on site for about 5 bucks. Reaching Huashan can be a fairly quick trip owing to China's modern train and bus networks. More information can be found at www.travelchinaguide.com