It has been in the grapevine for a long time. All that time it has been finetuned and improved. And now it is coming. The last downtown of the season, this year, after a five-year break, back in Prague. In Riegrovy sady (Rieger Gardens), one of the places frequently visited both by locals and by tourists. On Saturday, September 22, in the heart of the city, the most prestigious event of the Czech downtown season will be held. If the weather is good, there will definitely be a great number of visitors eager to see such a unique spectacle.
25. 8. 2018 Comments: 1

As announced before the season actually started, top 50 riders of the CZECH DOWNTOWN SERIES automatically qualify for the race. 10 more riders get a wild card from the organizers. For this reason, the event will offer attractive riders not only from the Czech Republic. The organizers plan to announce their names one by one before the race starts. “To support young riders, we nominate top 10 junior riders of the season for their own category. The kick-ass start list includes a number of women, with 4X world champion Romana Labounková among them,“ said Vítězslav „Stráňa“ Stránský, the mastermind behind the event. 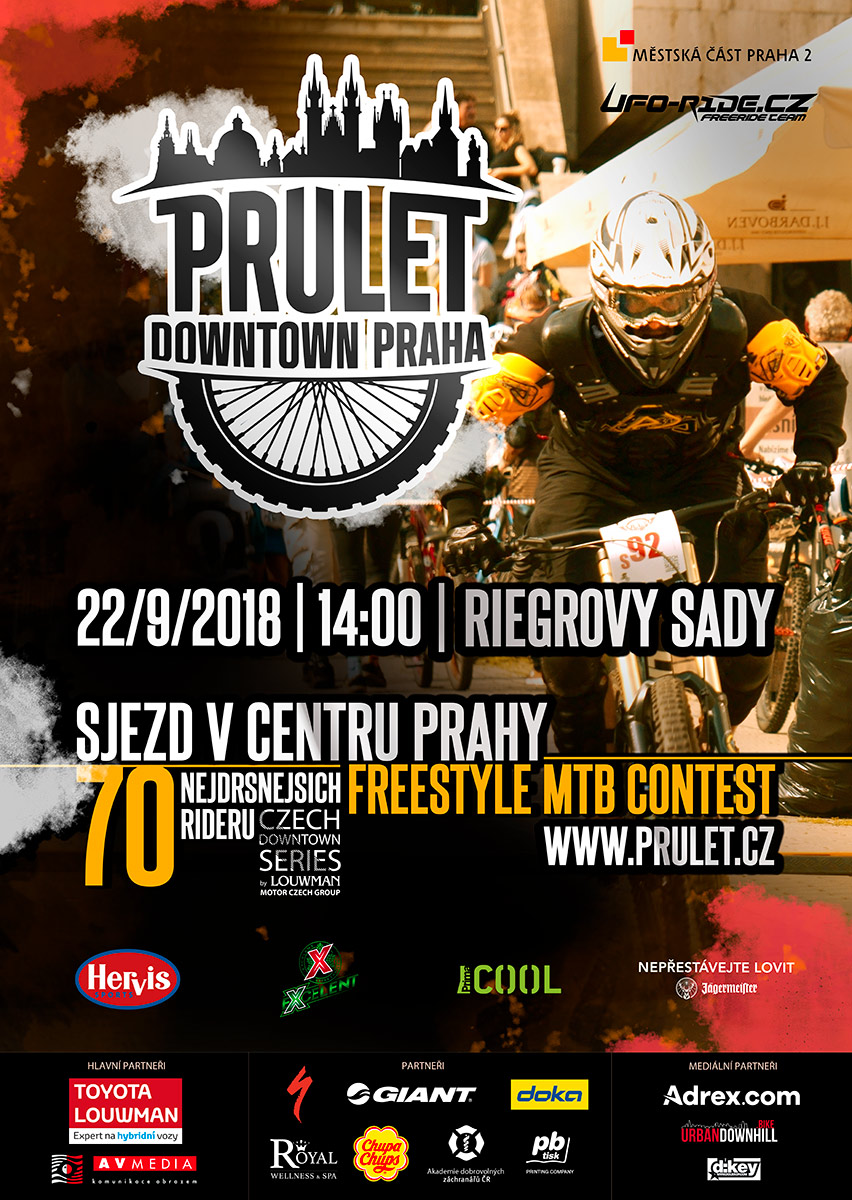 The riders will be challenged by 700 metres of a high-speed track, 10 wooden obstacles and hard tarmac surface, which makes any mistake a high-cost issue. As the race is not open to everybody but only accepts those who have proved their skill in previous downtown races, it is possible to make the track more difficult and therefore more attractive for the audience. There will be two qualification rounds, with the faster ride taken as the result. Top 20 men and 5 top juniors will qualify for the final race. The fastest badass riders will get trophies crafted by Jiří Korec, prizes from sponzors and prize money.

Live broadcast from the lens of 7 video cameras will be streamed on a LED screen, along with infographics. A top quality, world-cup-like experience, as our ambassador Mára Petelík says. The infographics will show times and positions of riders. The live-streamed race accompanied by Bubu’s commentary can also be watched anywhere in the world. In Riegrovy sady (Rieger Gardens), on the other hand, the spectators will be listening to live commentary by the main speaker, Jiří „Haff“ Haferník, with his Moravian accent and occasional yet graceful dance moves worth your attention. This must breathe life into even the laziest and most bored spectators. And if not Haff, DJ FEFE will do the rest.

For even more positive emotions and vibes, there will be a Freestyle MTB contest after the downtown final, introducing top Czech riders. Backflips, frontflips, crazy shows, combinations, permutations, or stylish tricks? Voilá! Those and even more will be seen in the show directed by the ambassador Teodor Kováč. Those who visited UL-LET know what I am talking about.

The event is co-organized by the creators of individual events of the CZ DT Series. Thus you can be sure that Prague becomes the capital city of Czech downhill. The programme and schedule will be introduced soon.

The best riders, crowds of spectators and a full-blast afterparty. Add one to one, and you will get the result – a breathtaking adrenaline show the wonderful capital city deserves. Now, rewrite your calendars: September 22, Riegrovy sady (Rieger Gardens), Prague. Oh yeah. 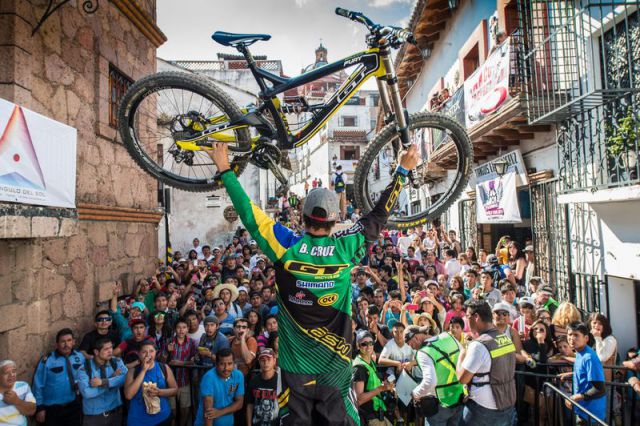 Hi...
It has been in the grapevine for a long time. All that time it has been finetuned and improved. And now it is coming. The last downtown of the season, this year, after a five-year break, back in Prague.
you can take the more information then click here https://klantenservicebellen.co/amazon-contact/