Undeniably the most splendid performance of people jumping from heights in the world. The show, that can not be missed here at Adrex.com. So called “Clavadistas” (cliff divers) of La Quebrada have been showing off in front of spectators since 1934. Their diving from heights of 20-35m (80-115ft) into the "Gulch" - narrow sea cove below, have inspired thousands of divers worldwide for years. To this day, even professional high-divers from around the world regard La Quebrada as a legendary top spot.
12. 6. 2013 Comments: 0

For generations, brave young men from Acapulco have hurled themselves off the majestic cliffs towering over the Pacific Ocean. Cliff divers´astonishing performance swiftly became Acapulco´s main attraction with over five million annual visitors.

The main finesse of the dive is that the jump must be made considering the wind, time between leaving the cliff and hitting the water and the tide. Timing is crucial for the divers. If the water level is not deep enough, the diver will not have the 4-5 meters needed to clear the dangerous rocky bottom. In a free fall of about 50 mph, the risk of injury is condiderably high. 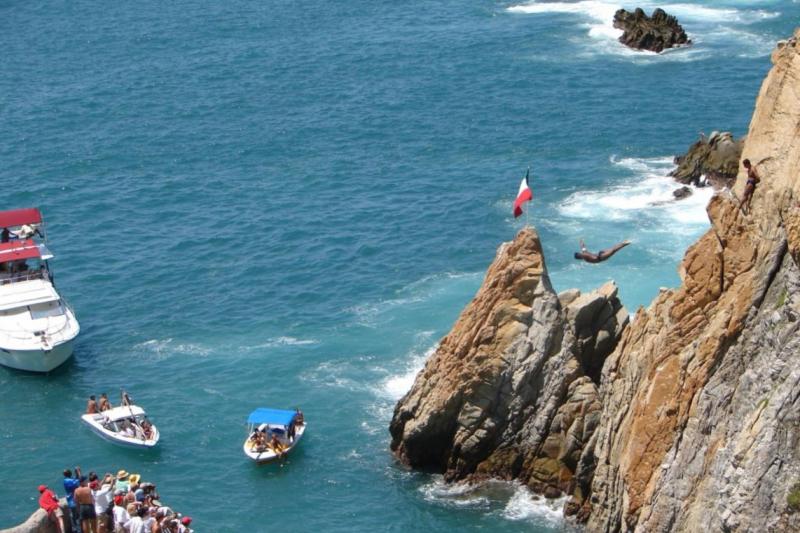 The dives usually take place in the afternoons and evenings. During the night, divers often hold torches while diving. When the show is finished the divers walk to the top of the stairs and accept tips.

The dives differ in levels of difficulty, in some cases a spectacular show is formed in a duo or trio dive. Divers keep themselves in a very good shape by everyday practising. Even if some of them very young, they are greatly experienced, which is the main reason of no fatalities occurence despite of all the dangers. 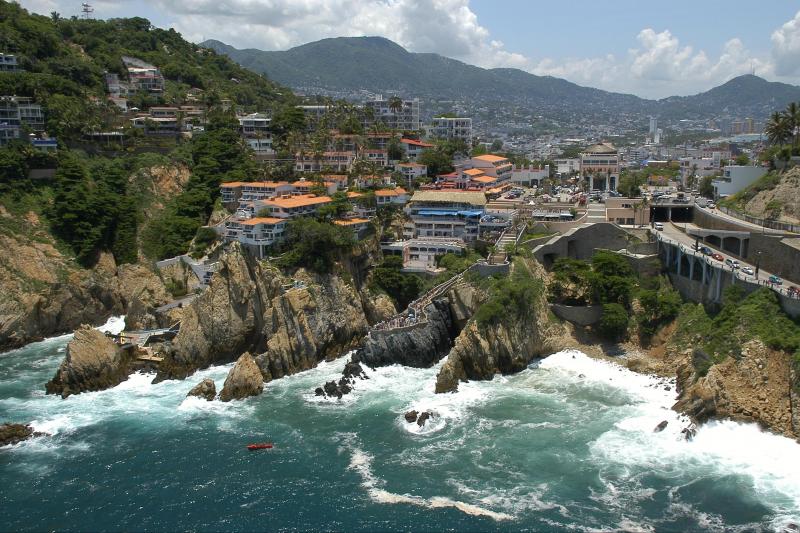 Acapulco cliff diving was regularly featured on weekend sports television programming in the United States during the 1960s and 1970s when the USA High Diving Team competed with the La Quebrada Cliff Divers annually during the Acapulco Christmas Festival. The 2002 Guinness Book of World Records lists this as "the highest regularly performed headfirst dives" in the world. 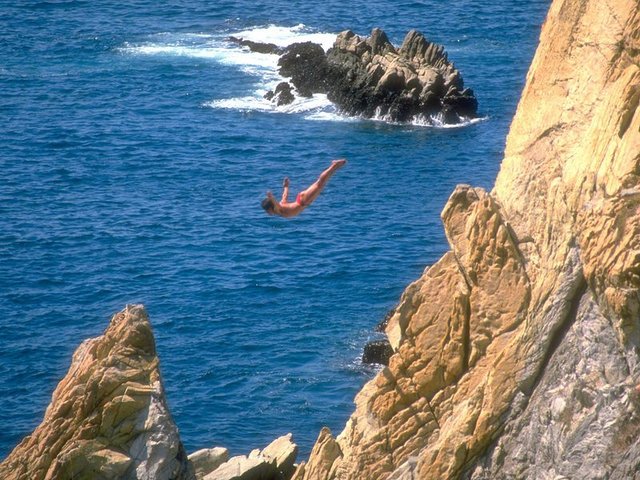