When Honolua Bay delivered perfect conditions for world's best female surfers to lay it all down for final WSL points, one thing was certain; after a season-long battle between Carissa Moore and Courtney Conlogue which saw the Jeep Leader Jersey switch back and forth multiple times, it would be either Moore or Conlogue to claim the overall WSL title. The last event of the season, The Target Maui Pro came to a phenomenal close yesterday and it was Moore's explosive finish that secured the Hawaiian her third surfing crown.
6. 12. 2015 Comments: 0

Action was incendiary from the start with the 2015 WSL Title clinched for now three-time World Champion Carissa Moore as underdog Coco Ho eliminated title challenger Courtney Conlogue in heat number 4. Moore’s historic day didn’t end there as the Hawaiian powerhouse took full advantage of pristine conditions and building swell, rampaging her way through the rounds and into the Final where she posted an astonishing 19.50 (out of a possible 20) - earning a unanimous 10 (out of a possible 10) - to claim her second, consecutive Target Maui Pro victory. 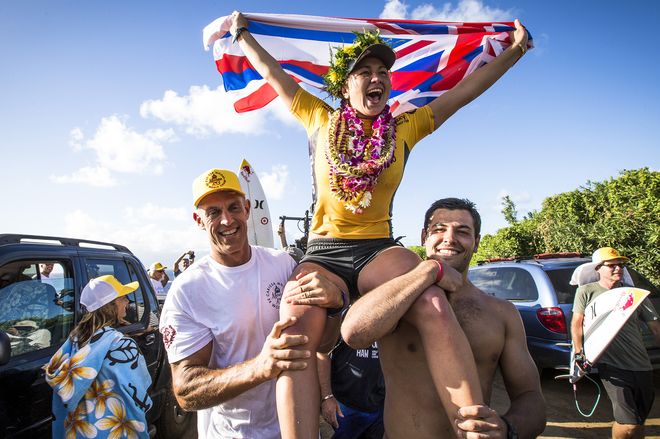 “You can never feel it til the end and this is definitely the moment,” Moore said. “Courtney’s been surfing so well, she’s worked so hard and I never counted her out for a moment. It’s crazy being in a title race. There’s so many ups and downs and just to keep that confidence up when you lose. I’ve enjoyed the whole ride and to see it pay off, it was just nice to finish off the season strong last year here. It’s a place I love to surf and it just lit a fire underneath me and got me excited for this season. That was the biggest barrel I’ve ever gotten in competition and I’m just so thankful for everything.” 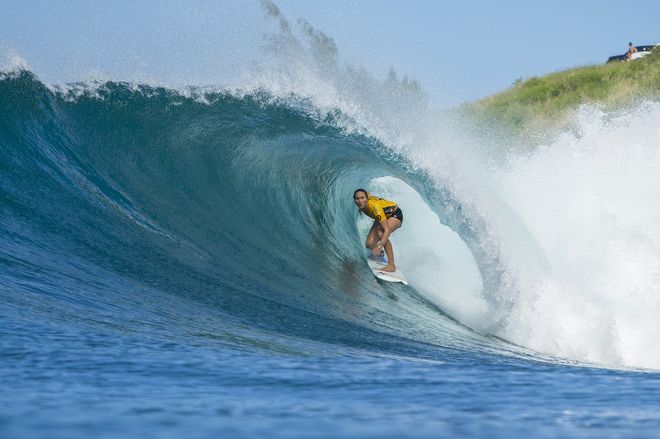 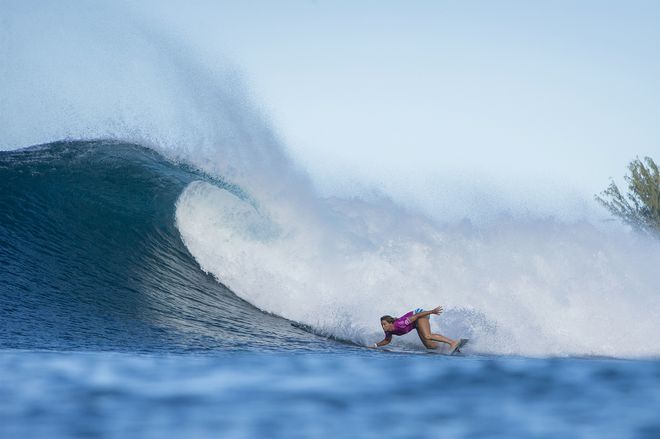 2015 WSL Runner-Up Courtney Conlogue is coming off her best Championship Tour (CT) performance in her five years on tour, but couldn’t find the scores she needed to top Coco Ho.

“I think it’s kind of a roller coaster,” Conlogue said. “This whole season has been that way. I put everything out there and gave it my all and today just wasn’t my day. This is my best season so far and I’m going to look back at it and know I could’ve done better - you always can. It’s a bummer and devastating but now that I am where I’m at the end of the season I just have to move forward and keeping grinding it out to get ready for next year.” 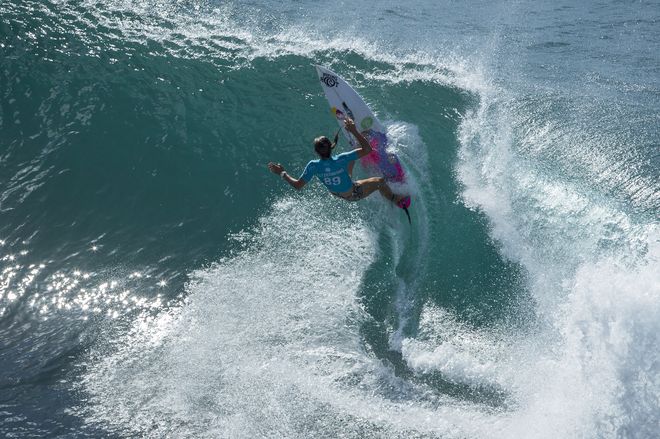 Earning runner-up at the Target Maui Pro, an in-form Sally Fitzgibbons dropped the event’s second-highest score with a 9.83. The Australian looked unstoppable until meeting the 2015 WSL World Champion Carissa Moore in the Final.