Great Success for the Easterns Surfing Championship despite Harsh Conditions

The ESA's 2015 Easterns Surfing Championship presented by the Outer Banks Tourism Bureau was a great success despite a nor'easter that sat off the coast for the entire event. Even with the extreme conditions, the event was a go and run a full six days completing 23 of our 25 divisions. The biggest surprise came in the Open Shortboard Division, which is open to all ages and both men and women, saw 46-year-old Rodney Logan from Florida out-surf three ESA All-Stars! The young guys, all in their teens, pushed Logan to the point that he was ready to quit several times but motivated him to keep going. It was very exciting for everyone and proved that the ESA is truly a family organization that showcases the best amateur surfers on the East Coast, no matter what the age!
5. 10. 2015 Comments: 0

"We are so proud of the ESA officials, judges, volunteers, members and of course, all the competitors who braved the crazy ocean waves and weather to put on a fantastic show for those watching on the beach and online.  We had tens of thousands who viewed the live webcast throughout the week from all over the world", commented the event Michelle Sommers, ESA Executive Director. 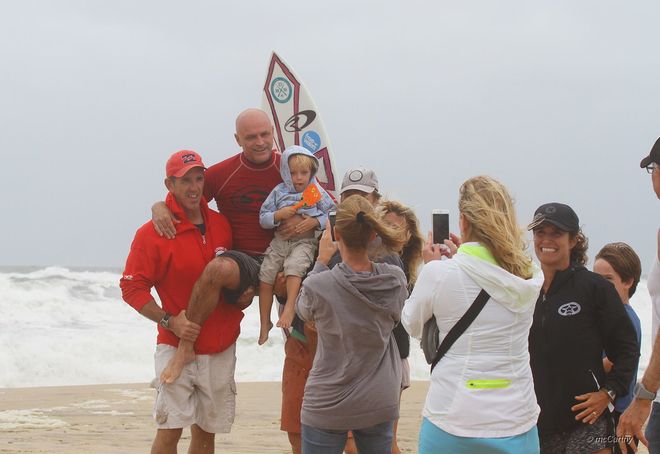 The GoPro Open Shortboard Division was held in overhead waves and 20-plus mph winds.  Rodney Logan from Florida took the win against an all ESA All-Star Team final, taking home a GoPro Hero 4 camera and a pair of OluKai sandals.  Logan, who is a former All-Star and now an All-Star Team mentor says, “These were the toughest conditions I have ever surfed in a contest.  I wanted to give up many times but these kids motivated me out there to keep going.”  The crowd was happy Logan did keep going because he put on quite a show, securing a perfect 10.0.  Logan also claimed first place in the Grandmaster’s Shortboard Division on Tuesday. 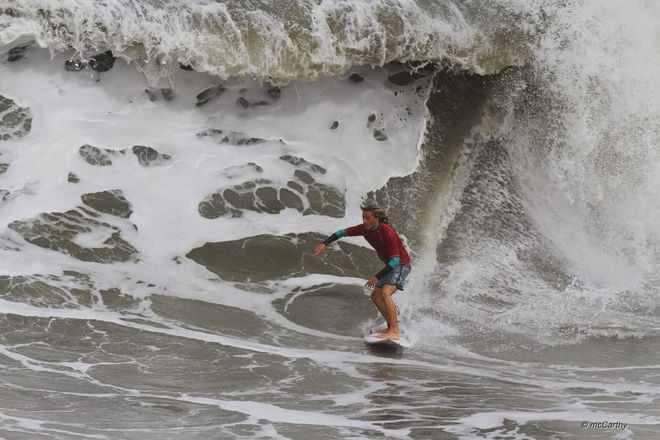 Conditions were deteriorating on Thursday when the youth divisions began so the ESA officials moved everything to the Pier.  “We are so thankful to Jennette’s Pier for allowing us to set-up everything we needed to continue to run the event,” says Sommers.  “We would have had to cancel without this alternative so we are very appreciative as the Pier already had other events going on.”  With the wind and waves increasing in size, the ESA put water safety officials in the water during the youth divisions.  “There were several guys who paddled in and out all day long with each heat,” adds Sommers.  “They are a group of true watermen and the ESA is grateful for their willingness to keep the kids safe.” 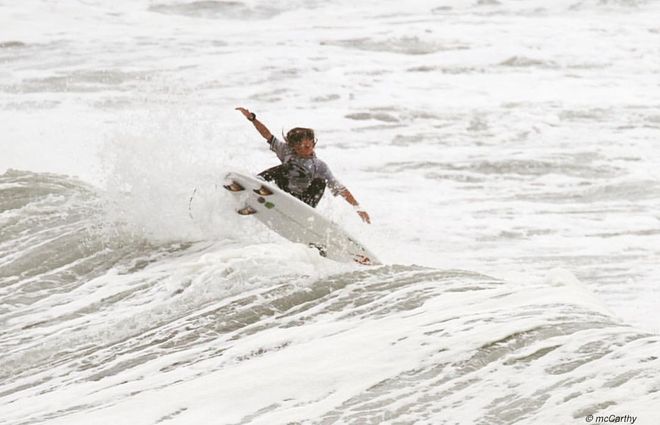 Robbie Goodwin claimed first in the Menehune Division for Shortboard

Due to the weather deteriorating through this weekend, the final day of the event was canceled.  “We worked hard to get as many divisions completed and are thankful we were able to get this far,” adds Sommers.  “We could not have done it without the help of so many people.  The two divisions that were unable to run will receive refunds for those divisions.”

The full list of results can be found at www.surfesa.org/competition/easterns