The 2015 Rip Curl Pro Bells saw huge crowds and big scores as the world’s best surfers battled to ring the bell. In the end, it was Mick Fanning who had the right to do it so after battling 2013 Bells Beach winner Adriano de Souza for the right to ring the Bell. Finals Day at the 54th anniversary of the event saw conditions clean up for the 35-minute bout while the two Bells champions delivered the closest Final in Championship Tour history.
9. 4. 2015 Comments: 0

Bells victory for Fanning means that he is tied with Kelly Slater and Mark Richards with four Rip Curl Pro Bells Beach wins each, the most in the event’s history. Fanning first won in 2001 as a wildcard and then again in 2012 and 2014.

“I’d never put myself in a category with Mark, Kelly Slater and Andy Irons,” said Fanning. “Those guys are my heroes. MR is a god, Kelly is a king and Andy is forever, it’s awesome.” 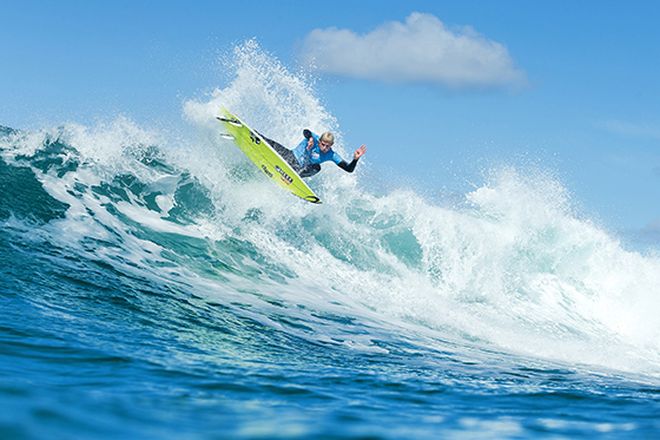 The first ever tiebreak Final puts Fanning on a path to his fourth World Title and he will take the gold leader jersey going into the third event on the Championship Tour in Margaret River. Today’s match-up was the pair’s tenth in the event's history, including three at Bells Beach, and Fanning has taken seven wins while De Souza has three. 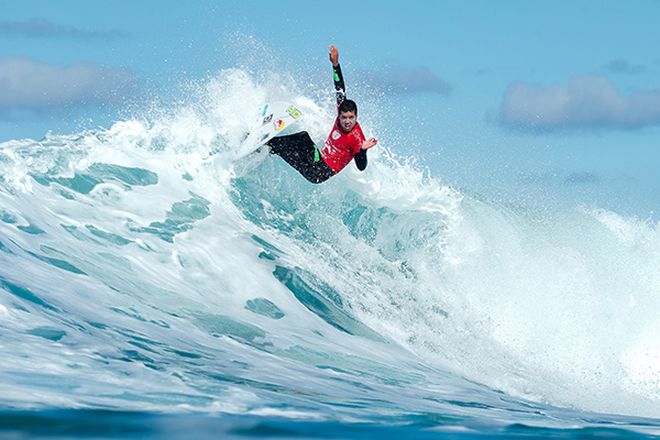 De Souza, the only Brazilian male to ring the bell, continued to demonstrate smooth, seamless surfing that earned him a second-place finish at the 2015 Rip Curl Pro Bells; Photo: ©WSL / Kelly Cestari

“Bells is a special place for me and it’s the first event I ever came to as a kid. The support and the crowds here are always amazing,” continues Fanning. “Every time I paddle out I just want to do my best, throw myself into it and not have any regrets. You have to take it heat by heat because you never know what’s going to happen next. Every year on this Tour we all give it our all and try to put on a good show.”