The 48th annual Eastern Surfing Association’s (ESA) Easterns® will begin this Sunday, September 20 and run through Saturday, September 26th showcasing the East Coast’s best amateur surfers from the Great Lakes through the Gulf Coast of Florida. The organization’s largest championship event will be held at Jennette’s Pier in Nags Head, North Carolina and there will be a live webcast provided.
18. 9. 2015 Comments: 0

New to this year’s event will be aerial video footage provided by Aerial Media Productions on the final day.  This will feed into the live webcast via a drone that will allow viewers to watch the action from various viewpoints.

“The waves are great at Jennette’s  Pier and the ESA is thankful that the Pier staff and the Town of Nags Head welcome us back each year,” says Michelle Sommers, ESA’s Executive Director. Michael Remige, Director of Jennette’s Pier adds, ““We are honored that the ESA has chosen to bring Easterns® back to Jennette’s Pier again in 2015.  The entire community looks forward to hosting this prestigious event every September.” 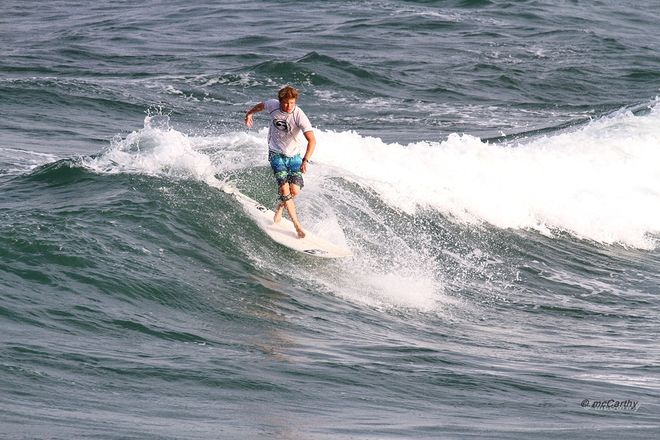 The ESA All-Star Team, supported by Rip Curl, will be on the beach providing necessary assistance and working with the younger generation of surfers.  The announcement of the 2016 ESA All-Star Team members will be prior to the awards for the youth divisions on the final day, and can be viewed online.  Gnarly Charley will be on hand as well to offer fun surf coaching for the “groms” throughout the week as well.  Apart from that there will be a lot of local businesses as well as surf brands to check and try, so save the date: September 20-26, 2015.