The World’s Best Junior Surfers to Compete at WJSC, Ecuador

The ISA has announced the location for the 2014 VISSLA ISA World Junior Surfing Championships (WJSC) at La FAE Beach, in Salinas, Ecuador, from April 5th to April 13th. This year’s competition will take place during the 50th Anniversary year of the ISA, which hosted its first WJSC in 1980 in Biarritz, France, where legendary surfer Tom Curren launched his successful career.
10. 3. 2014 Comments: 0

“We are excited to return to Ecuador as the location couldn’t be better to hold the WJSC during the ISA’s 50th Anniversary year,” said ISA President Fernando Aguerre. “Besides its welcoming people, warm weather and the amazing support of the Ecuadorian government, the area has a rich history that provides the perfect backdrop for the next generation of surfers to compete at the highest level,” Aguerre added. La FAE offers a long, peeling lefthander and a consistent punchy beachbreak for the double-area contest site. 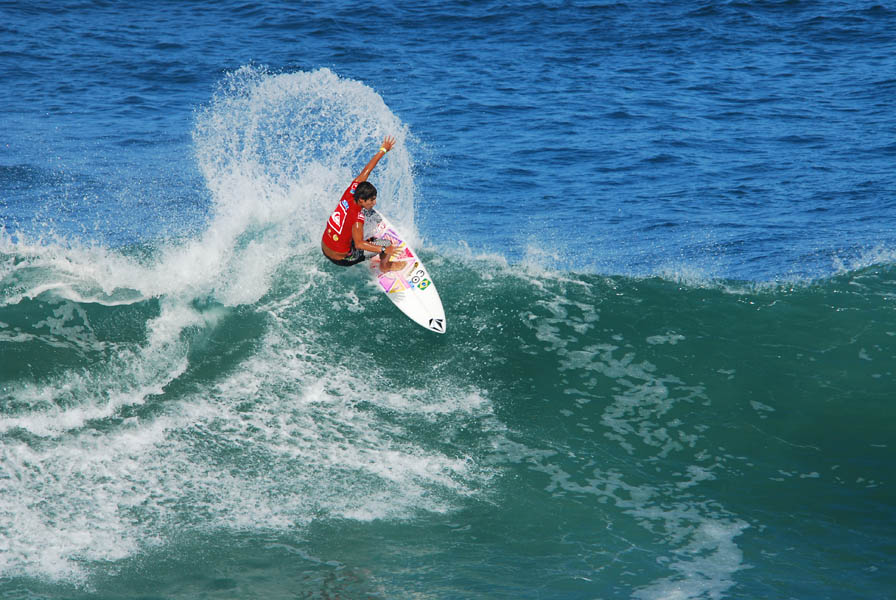 The logo for the World Championship includes an image of the Sumpa Sun, which is a religious and mystic icon of the Sumpa Ecuadorian Paleo-Indian civilization that existed from 11,000 to 4,000 B.C. “Sumpa” is the native name of the Peninsula of Santa Elena where the event takes place. One of the first human groups to settle in Ecuador, and the only ones of this period discovered in the coastal region in the area, the Sumpa people based a lot of their life around the ocean. The logo not only pays homage to the ancient and rich history of the area, but it also provides a symbol to welcome young surfers from around the globe to enjoy and ride waves in the same ocean the Sumpa people based their lives around thousands of years ago.

“VISSLA is proud to present this year’s ISA World Junior Championship,” said Stokehouse Unlimited President Paul Naude. Naude continued, “As a global surf brand that truly embodies the cutting edge in performance surfing, we believe that this is the ideal venue to showcase the talent of top young surfers from around the world who will carry the sport forward for decades to come. It is especially meaningful to present this event in a country with such a rich history and surf culture as Ecuador.”