Not all experienced it and not all succeeded. You plan something ahead of time, work on it, imagine how wonderful it will be, look forward to it – and finally everything really comes together! Well, that's incredible, you think. Mostly something or everything does not come off, but it came off this time.
3. 3. 2020 Comments: 2 Photos: 7
Facebook Twitter LinkedIn

Last year in September, our team of four Czechs dedicated to walking slacklines between rocks successfully executed two highline firsts on two beautiful monumental towers in the Dolomites. Our slack team comprised Lukáš  Černý, Petr Voříšek, and Tomáš Valenta and in the second project, Tomáš was replaced by my French friend Chlöe Roux-Mollard.
Our first objective was the Campanile di Val Montanaia tower, which is an exquisite, proudly towering rock tower, which stands apart on a green hill at the middle of the beautiful Val Montanaia mountain valley. We spent a total of three days on this mission. Each of us carried a 30 kg backpack, and the bivacco Perugini sheet metal mountain cabin was our cosy home. We were lucky and the weather was beautiful – completely free of wind and storms – meaning a new 250 m line named 'Za plechovku fazolí šel bych světa kraj' could be created. After this first successful event, we moved to Molveno Lake on the other side of the Dolomites. Our objective was the monumental scenery of the Brenta Massif, which comprises the graceful, slender, and charming Campanile Basso and its larger companion Campanile Alto. These two beauties had been keeping my mind busy and had already attracted my attention for more than three years, but this autumn my decision to finally visit them ripened. From Molveno, we walked for five hours and covered 2,000 vertical metres carrying 25 kg backpacks. The almost 200 metres of climbing and pulling lines on both sides alone took us a day and a half. After a time-consuming and strenuous pull of all our materials up to the tower, we got the line from one end to the other by drone, twine, and a thin cable. In the afternoon of the second day, we had the monumental line tensioned and we walked till sunset, at which point we packed everything in the darkness and descended from the tower.
It was an enjoyable and beautiful trek through the Dolomites. We successfully created two new monumental directions, which perhaps someone will repeat in the future and enjoy them just as we did. We will recall this with goosebumps for a long time to come! Thanks, guys and Chlöe! 'For me, they were the best two highlines I've had the opportunity to walk to date. In the beautiful environment of the Italian Dolomites, which are difficult in terms of access and logistics, we had an excellent team and beautiful weather. All this left strong memories in me, which I will recall for a long time. Thanks guys, thanks Chlöe, and mainly thanks Danny!' 'The Dolomites’ highline under the leadership of Danny. When I got the opportunity to be the first person on such an epic line, I did not hesitate for long and went for it. Harness, swing, tie up, don't screw it up – after walking to and from, something kept telling me in the back of my mind don’t do it, don’t do it, but at the same time, I would never have stopped blaming myself for not doing it, so I simply said now or never and went for it!!!! History was made for modern slacklining: this is to date the longest and highest-placed highline to be crossed on a slackboard, plus the highest-elevation slackboard ride, plus the fastest rise on a highline. What more can I say? It was a thrill.' 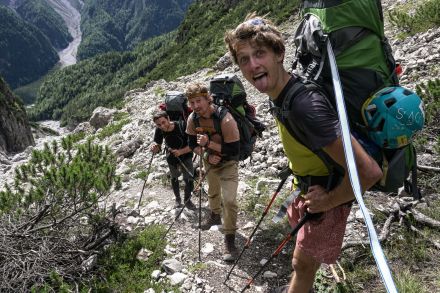 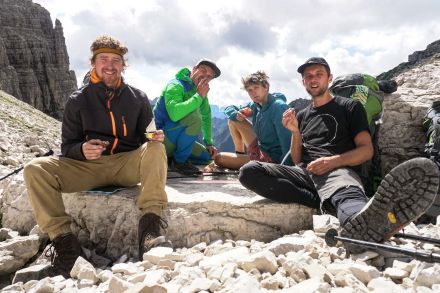 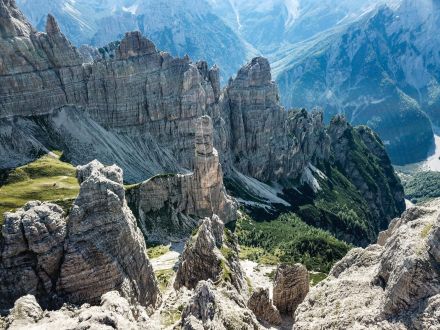 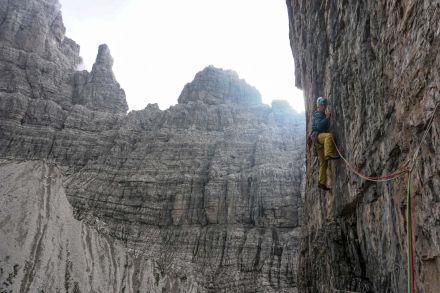 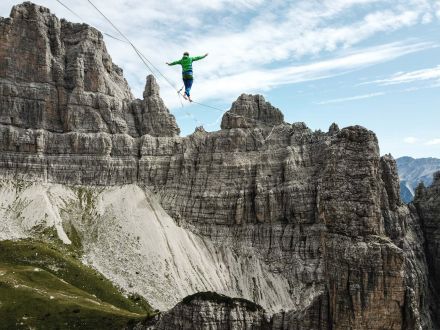 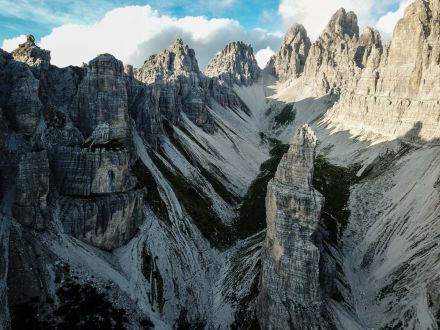 very interesting, But I can never do this. thank you for sharing such type of article