The attempt to break the Guinness World Record was successful! David Vencl nailed to swim incredible 80 meters under the ice in one breath! He was wearing only a swimsuit and diving goggles. Despite the thaw in the Czech Republic, there was still a thick layer of ice, not allowing him to emerge freely at any time. David has thus set a new World Record, and we are all now waiting for the confirmation of its entry in the Guinness Book of Records.
22. 2. 2021 Comments: 2 Photos: 4
Facebook Twitter LinkedIn

Camera shutters have gone finally quiet, reporters are putting their mics back in the cars, and David Vencl is now bringing his colleagues, Libor Mattuš and Veronika Allister, to join the interview with Vojta Žák:

David, congratulations on breaking the world record, and we are now waiting for the confirmation of the Guinness World Record – is that right?

What was the most important for the record attempt?

Keep your head clear and focus on the moment. You can’t think of what’s gonna happen in 5 meters or 5 seconds. You just have to think about the stroke you are doing, how the legs kick, and the arms pull. And as soon as you think of something that will be in 10 seconds, in 10 meters, you are no longer here, and you are no longer concentrating – concentration is very important there. 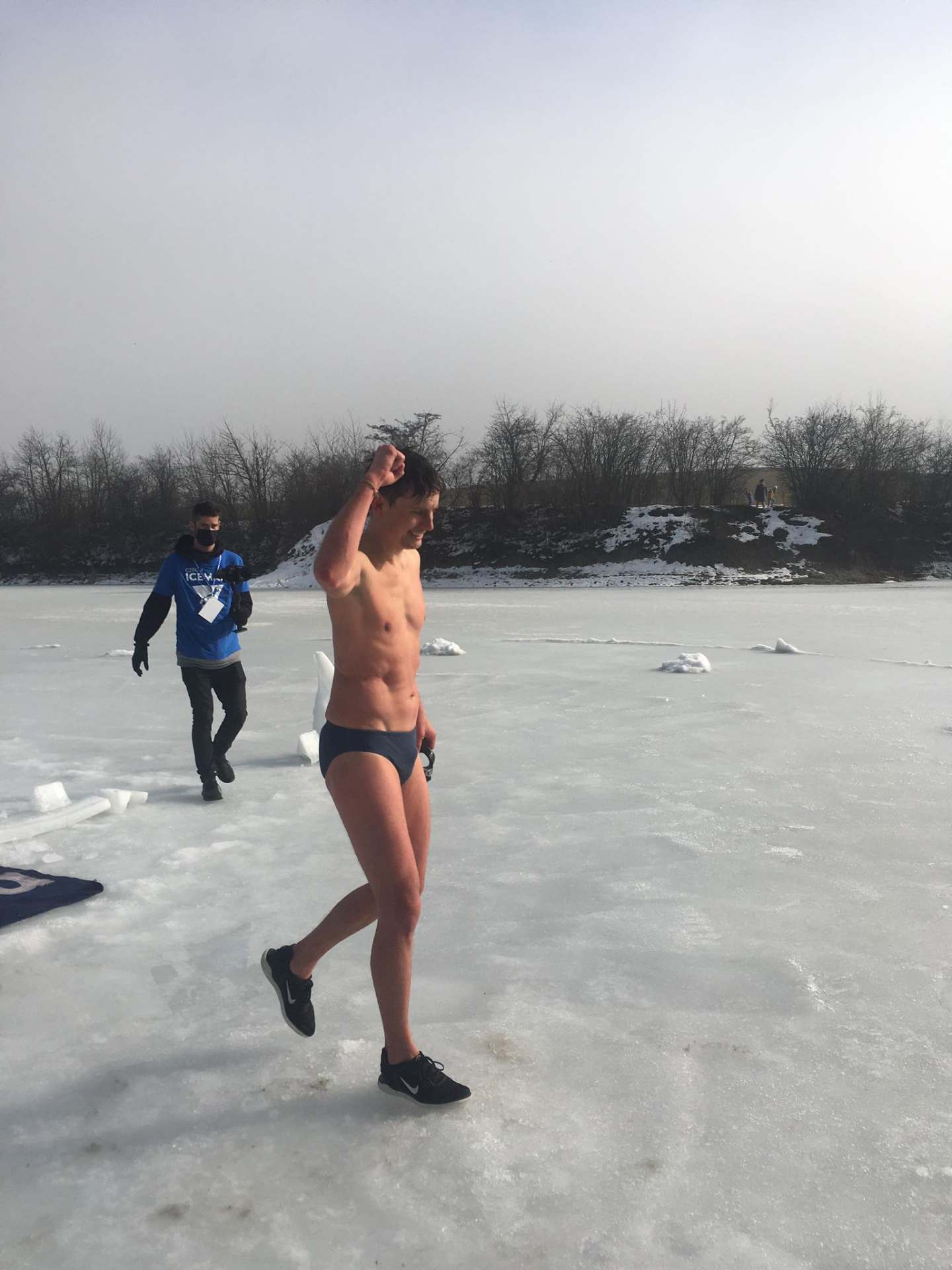 What does it mean for you to set a world record?

I must say that I was most pleased with the message people were texting me before. This is just the cherry on the top, it’s not really about the record (maybe it will sound a bit pathetic now), but it’s more about the journey. I got somewhere, trained hard, worked with my head, and now see how many people are helping me here. To tell you the truth, I thought that when I emerged and set the record, there would be world peace, that the course of humanity would change, but it probably won’t be like that at all, so I guess I’ll go for a walk with my family in the afternoon and I don’t see it like “now everything’s gonna be different.” Of course, this will motivate me, and I think it will continue. We’ll surely figure out something else. The combination of freediving and cold hardening is magical, even if it hurts, but I think we’ll come up with something else, I got some ideas, but now I want a little break.

When and where the idea for the “record” was born?

In August 2019, when I was running the stairs here in Teplice as part of my training session. Something has been circling in my head, and I was trying to get it out somehow. And when we met with Code of Life, we elaborated that idea. But it was Honza Allister who gave it a clear shape. And then, of course, there is a bunch of people who joined, including those who were watering the pond here to make it 31 centimeters.

I know that you swam 90m in training; today, it was 80m, so you still have a buffer? You know you’ll have to top it? Can you think of anyone who would try to beat you now?

I know of someone who would like to top me next year. In March 2022. I don’t exactly know what he’s up to. That means if he wants to swim for Guinness – that means without a cap. Or if he wants to swim with a cap and is waiting for the freediving association CMAS to register this discipline. This means it will be possible to create world records. I don’t know exactly what he’s up to. Anyway, he wrote me that he was looking forward to seeing my performance. And I think he’s glad I didn’t swim much. I mean, more than those 80.9 m. I think he was a bit nervous if I didn't nail a hundred there, and he wouldn't have to train way more.

That hundred would make a big difference. You could probably tell – the difference?

You could. Most people who already swam under the ice like this, such as Johan Northblant or Amber Filary, who swam seventy last year, basically came out of the water saying, “Wow, it was a lot easier than we thought”. You know, there are very few options to try it out. So that means that every sharp attempt for a distance like this is the fifth in life. This is why these people say, “I could do more”. I also felt great on those 80 meters today, and I thought to myself, “Pff, ninety would go like nothing”.

You’re mainly a freediver, but you’ve combined it with hardening and swimming in ice-cold water. Are you thinking about swimming under the ice for a similar record with fins? Is there any challenge in which you would think, “Hey, that would be cool to try it”?

Personally, I think that if I had to swim 120 m with fins, it would be easier. However, no one has ever tried it. So, to swim something like this is definitely an option. Personally, I am more into trying to swim only in a swimsuit to a 50-meter depth. That means 50 there and 50 up. This time with monofins. Before David went under ice, he was doing breathing exercises. What’s the difference between David’s preparation, who was getting ready to swim 80 m in ice-cold water, and a person who is getting ready only for cold hardening or a couple of strokes? Libor, is the prep different?

The difference is certainly huge because David needs to set his body for a way bigger performance. But in principle, the techniques are very similar because the body works on the same mechanisms in both cases. If we want to warm up, deep breathing, training hyperventilation, or even the concentration that David talked about is, of course, absolutely crucial for all of us.

We know that that you are preparing „certified“ places for cold hardening in collaboration with Adrex Places app. Veronika, what are your favorite ones?

I personally love nature. We have a lot of lakes in the Czech Republic. I would like to make it to Rozkoš this year – this is our Czech sea. And since it’s getting a little warmer, I hope I can make it. Hostivař dam in Prague is also great. We have a lot of quarry lakes here.

Which places do you like going to? Or it doesn’t matter, Libor?

It is not even a question of where to do cold hardening, but mainly how to do it wisely, gradually, and slowly. So that the trend doesn’t fizzle out in one or two winters. Thanks to what David did, he attracted much attention to breathing exercises and cold therapy. We now want to provide people with instructions and practical tips so that, based on what David does and has tried out, they can implement the cold-breathing training also in a home environment and thus improve their daily experience.

Is that also the vision of the Czech Iceman, Veronika?

Yes, that you can get from zero to a record. At the same time, David wants to inspire people to understand that the challenges are mostly in our heads. Once we overcome this, everyone can do cold hardening and gain better health, a better version of themselves.

And is it just about the head, David?

The limits of our organism are given purely by the head. The organism is capable of incredible things. During those extreme performances, we see individuals who let go of that head somewhere higher or further. If we want to advise people, it is always better to be one, two, three levels higher and have tried out on ourselves.

If anyone wants to start with cold hardening, swimming in ice-cold water, or even diving, where can they get some information, Libor?

Swimming in ice-cold water is already a relatively advanced level, with x gradual steps you need to do first. You can check for recommendations at www.czechiceman.cz, where we have published a lot of information about preparing for the record, including training tips that everyone can use. More professional things are then published on www.codeoflife.cz. 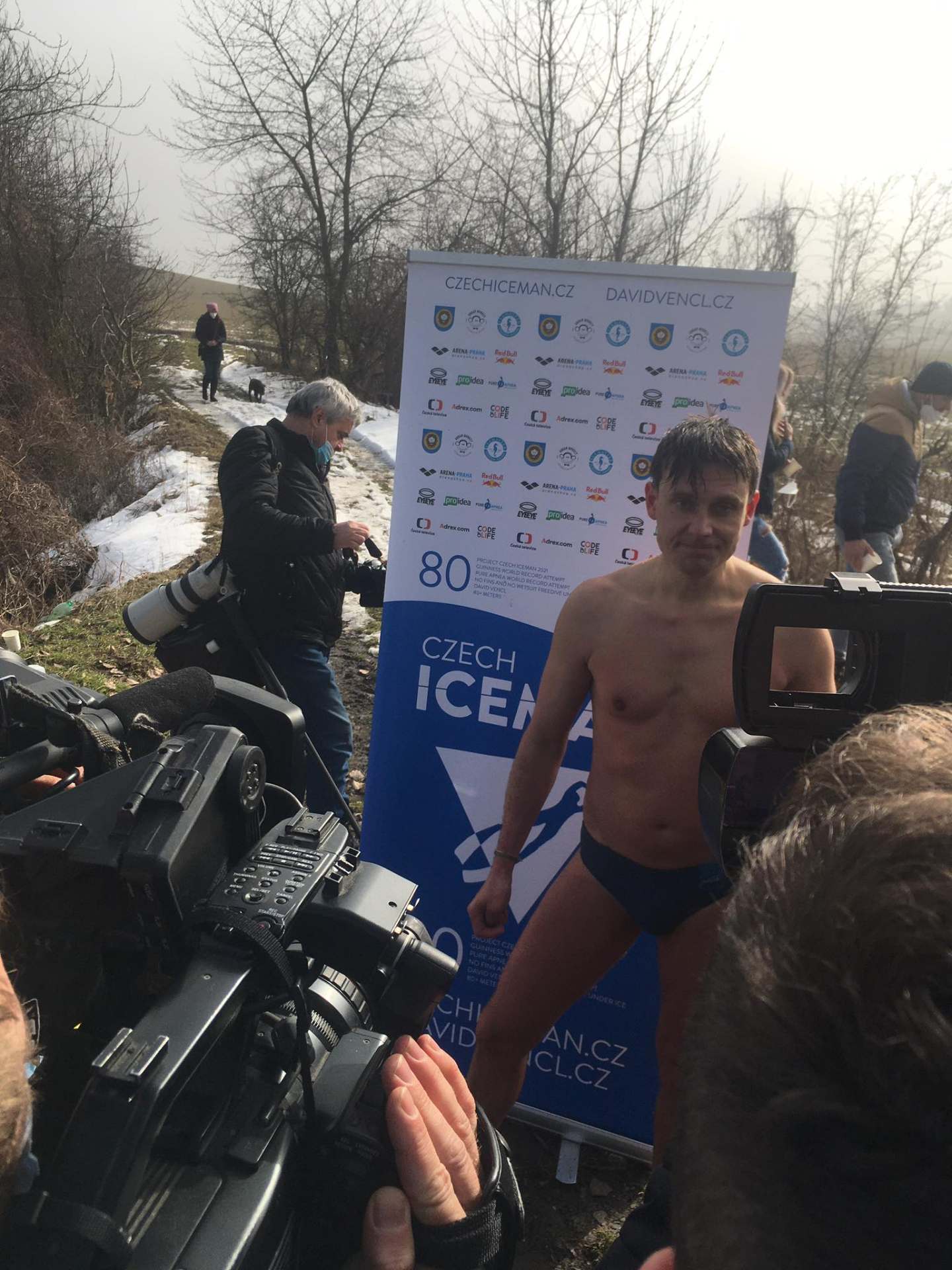 Learn more about the “Journey of the Ice Man” in our article here.

You can find a video of the record attempt at YouTube and at www.adrex.tv. 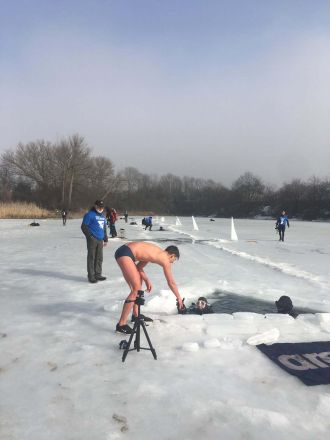 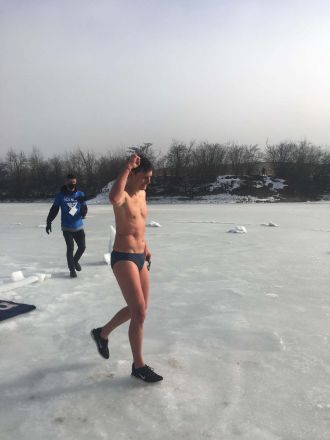 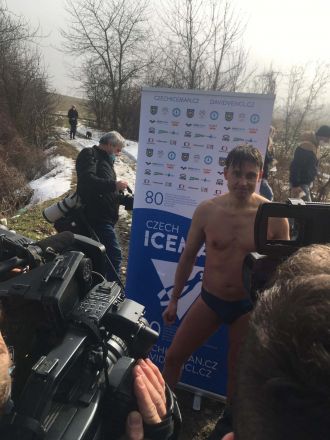 To swim under such unbearable temperatures is really a huge record and also a personal accomplishment in life. The training that he went through must have been really incredible and tough. But however, with hard work and determination, he managed to do it. I too have an article about him on my blog site do check it out @https://privateswimminglesson.sg/blog/the-man-who-swam-under-ice